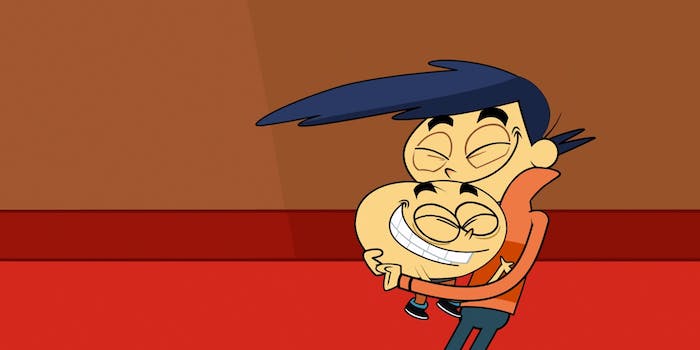 Looking for logic in ‘The Day My Butt Went Psycho’

It took maybe a few minutes (and a couple of cheeky screen swipes) of watching a TV show entirely about butts before I had to pause it and ask myself what I was doing with my life.

I had come across the show, which originated in Australia but only recently arrived on Netflix, by accident. A colleague had recommended it, calling it “basically David Cronenberg body horror meets Phineas and Ferb,” and although I didn’t know much going into it aside from the obvious—and that it starred a rapping viral video star named Deuce, who is a walking, talking, farting butt.

Needless to say, it sounded ridiculous enough to try.

For many kids and their parents around the world, The Day My Butt Went Psycho (also known as The Day My Bum Went Psycho in countries like Australia) is a familiar name. The TV show, which airs on Canadian and Australian television, is loosely based on the eponymous book by Andy Griffiths (part of a trilogy) that became a bestseller after its release in 2001 and has been exciting kids and grossing out plenty of adults ever since.

Once I started watching, I found myself doing the one thing I tried not to: attempting to find the logic, to look at the series with an adult eye. I was part of the generation that grew up on Captain Underpants, so on the surface the content wasn’t a surprise. Even plunging in didn’t make me bat an eye.

But I couldn’t help myself. The question kept coming back to me: Just how did the people go to the bathroom when their butts detached?

For one thing, trying to insert logic in a show called The Day My Butt Went Psycho makes you look like an ass—and not a cheeky one, either. But I couldn’t stop.

From making Arnold Schwarzenegger really gassy and using a unicorn pooping rainbows to advertise a Squatty Potty to movies like Knocked Out and Bridesmaids, we’ve demonstrated that as much as we may pretend we’re above it all, people love it—and it sells.

(And for many kids, it’s helping them to read. The Day My Butt Went Psycho could easily do what Captain Underpants and Goosebumps did for kids 20 years ago.)

Of course, The Day My Butt Went Psycho is an easy target to dismiss. It’s full of the immature humor many of us publicly swore off years ago while we claimed to be more mature and adult. Both the show and books are meant for kids, with just enough nods to the pop cultural ancestors to entertain the adults watching it.

Scenes transition by a herd of butts blowing by, and the show’s score is kazoo heavy, most likely to imitate a farting noise in music form. The show takes the opportunity to squeeze out a butt or fart pun any chance it can.

It’s 40 episodes of low-brow (and low-butt) humor to date, but sometimes it’s all what we need. But after watching more of the show—and diving into the book that started it all—I realized that trying to find logic in The Day My Butt Went Psycho is futile. And the moment I stopped being a bum about it is when I finally started to enjoy it.

All you need is to watch the show’s intro to get the general (ridiculous) premise: Humans and their butts once fought each other after their butts rose against them in the not-too-distant past, but now they cohabit in an uneasy truce that could easily break at any time. It’s also a classic story of a boy and his best friend—if his best friend were his own butt instead of a dog. Naturally, shenanigans of smelly proportions ensue as they fight the Great White Butt and his army of hench-butts and robutts.

After watching a few episodes, I grabbed a copy of The Day My Butt Went Psycho (which is based on a true story, according to the cover, and rated G for Gross) to see whether it was all that it was cracked up to be.

The Day My Butt Went Psycho isn’t a straightforward adaptation of the novel. The TV show takes the characters, names, and places, and puts them in everyday situations that are usually solved with a mix of toilet-themed weapon montages, ingenuity, stinkiness, and luck. Zack, Deuce, and their best (human) friend Eleanor Sterne, the daughter of a legendary buttfighter, often butt heads and kick ass, but they still save their town nearly every episode.

The novel takes that story into territory the show never really touches: the great Butt Wars that precede the show. It’s the sort of book that readers remember with fondness (and parents with some disgust).

Grossly humorous (and humorously gross), The Day My Butt Went Psycho is full of hijinks and pure stinkiness too great to imagine as it sees an ordinary kid whose butt literally went psycho—and led a revolution—achieve greatness despite near-failure at every chance.

My bathroom question was answered fairly early into the book: Everyone wears prosthetic butts to take care of business because they’re a lot less hassle than the real thing. However, by the time I got my answer, I didn’t really care about it anymore. For better or for worse, I was sucked into a silly—and completely compelling—story about butts.

The good news is that in a landscape of “peak TV,” adding The Day My Butt Went Psycho—whether it be for a couple of episodes or the entire run—is incredibly easy. For all of its laughs, the continuity factor is minimal. You can always watch them in order, but if you’re watching a show for the puns, there are easier ways to pin down those best episodes without going through them all.

That’s why I’m suggesting you pick and choose your episodes based on the quality of the episode titles. It gives you an idea of just how wacky the episode will be while raising expectations at just how groan-worthy those puns really are. Here are a few of our favorites.

A great example of the butt-kicking that takes place in many of the episodes—mainly because there’s an arena designated for it.

Can you picture your behind donning a giant handlebar mustache? Well, now you can. 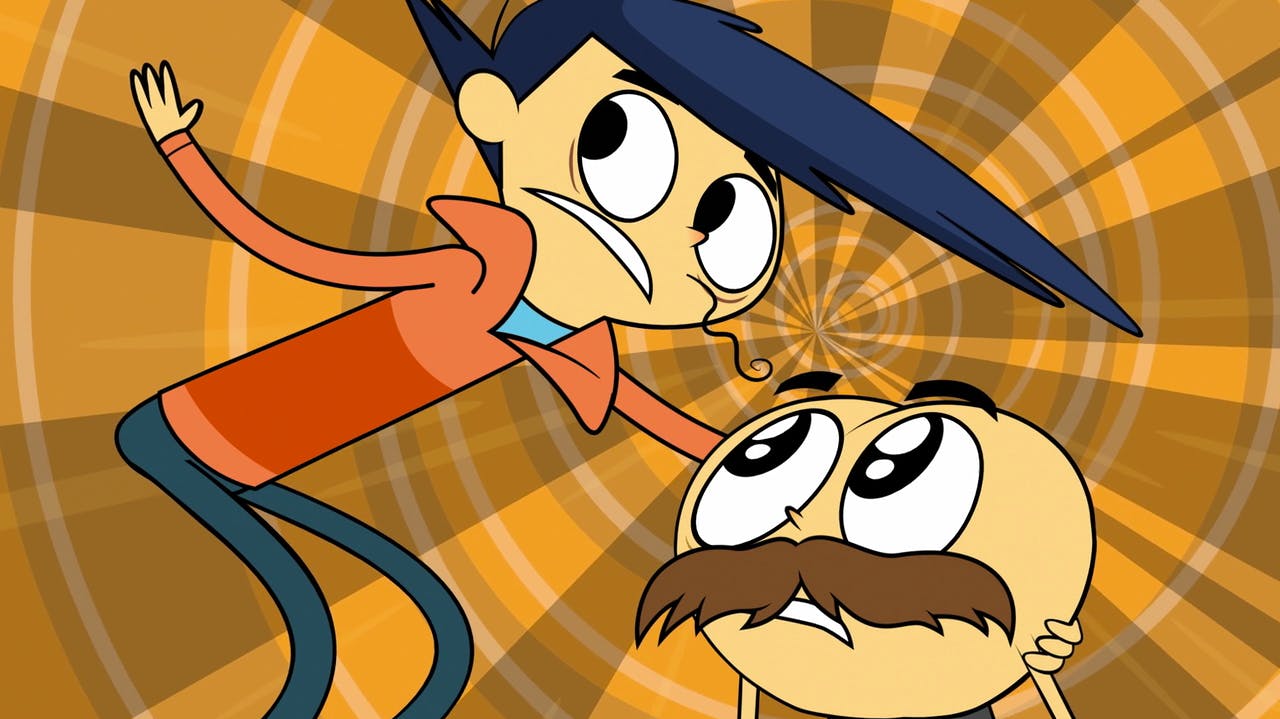 Not every episode has to have a reference to butts, so this one already gets points for creativity.

No matter whether it’s man or his butt, resurrecting a dinosaur is never a good idea.

Not only does it reference a prestigious toilet, it’s one of the few episodes that also doubles as a real play on words.

“The Fast & the Gluteus”

As long as you have your buddy at your side, you can make it out of practically any race. 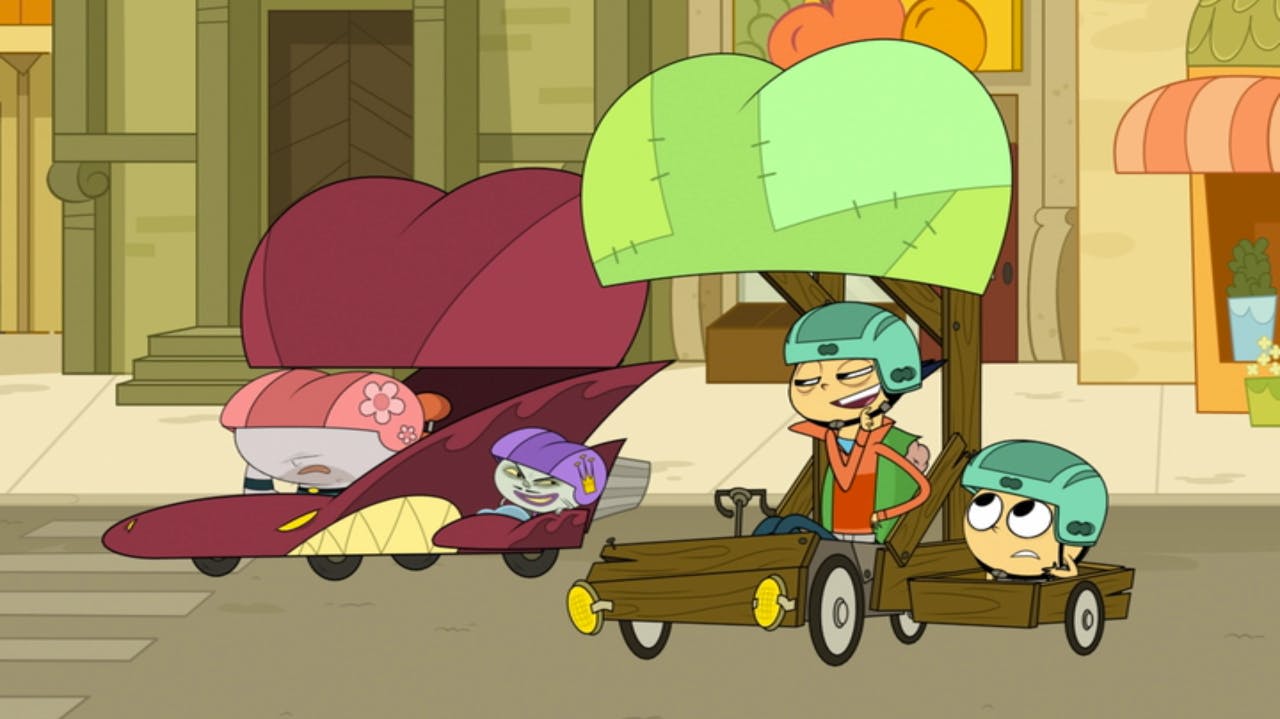 Deuce becomes a spokesperson for cereal, but is it as good for your heart?

If there are tornadoes full of sharks, nothing’s off limits for what other shape tornadoes can take next. 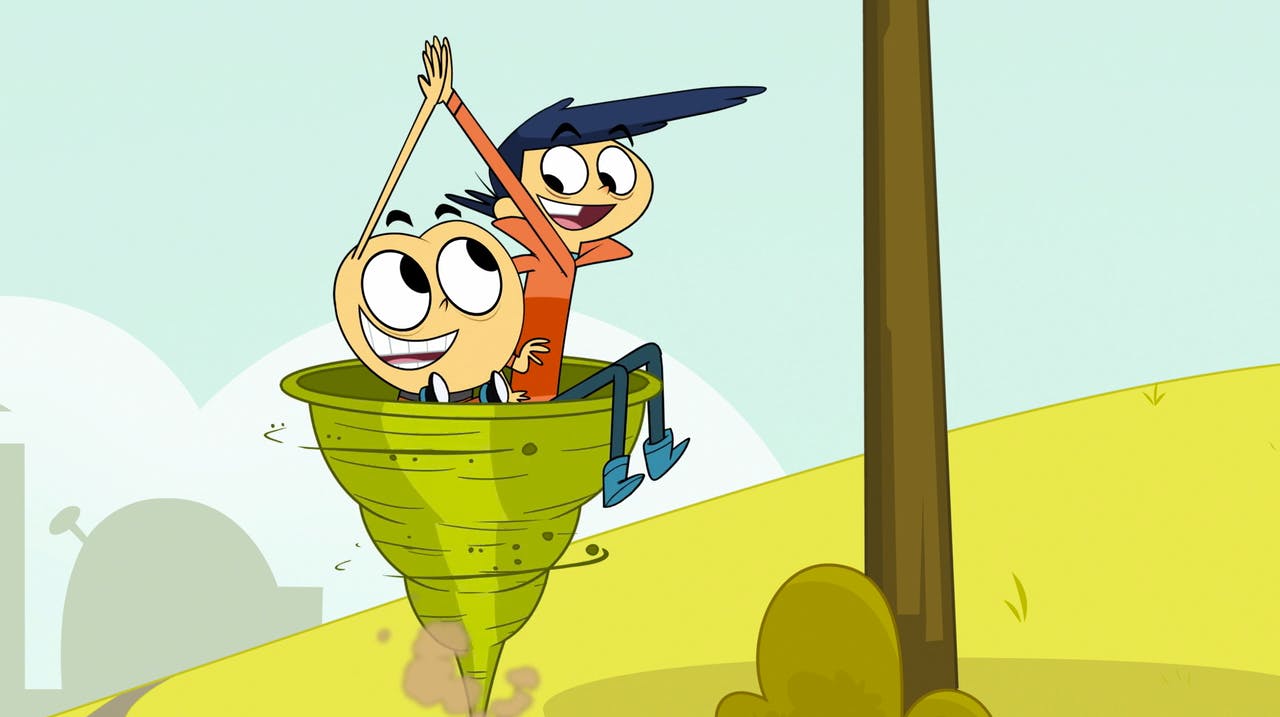 Considering robutts are a normal part of that world, it’s surprising that it took nearly two seasons for a Terminator riff.

It’s silly no matter how you look at it, but sometimes a butt-scratcher of a show is all you need.