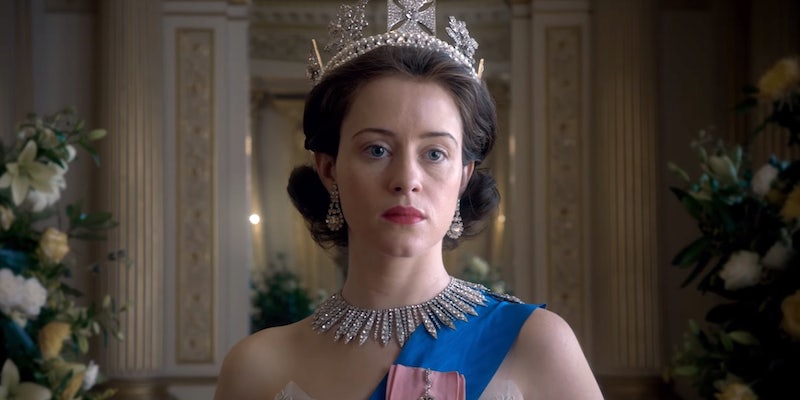 Bow down to the queen.

The Crown, Netflix’s prestige historical drama starring Claire Foy and Matt Smith as Queen Elizabeth II and Prince Philip, is about to enter the room.

The newest trailer shows glimpses into Elizabeth and Philip’s early life and the many complications that something like a crown and becoming the monarch of an entire country can bring into a marriage—and Philip isn’t a huge fan of the idea that even he must bow down to his wife. But that’s far from the only problem ahead of Elizabeth as she navigates a post-World War II Britain, and empires have fallen when the crown isn’t put first.

The coronation begins on Netflix Nov. 4.