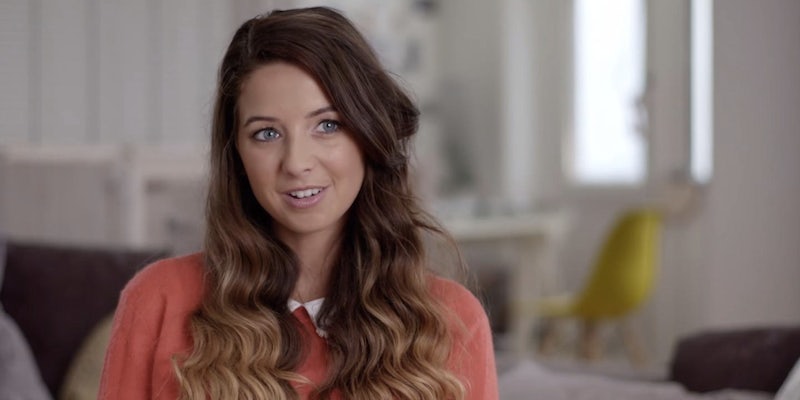 It's the perfect way to bridge the gap between die-hard YouTube fans and first-time viewers.

2015 has marked the ultimate explosion of YouTubers into mainstream media. In just the last three months, major creators have been called upon to conduct interviews with President Obama, Grace Helbig announced a premiere date for her talk show on E!, and Zoella, a U.K. beauty vlogger with 7 million subscribers, outsold J.K. Rowling in book sales in a controversial coup.

There is no denying YouTube’s influence, but even as the platform grows, there is still a lack of clarity around what YouTube is and why Gen C prefers it to any other form of entertainment. I commonly find myself explaining to a group of shocked faces that YouTube isn’t just cat videos and fail compilations anymore.

And that’s where The Creators comes in. The documentary, directed by Oscar nominee Nanette Burstein, the film follows three of the U.K.’s biggest channels—TomSka, Zoella, and Niki & Sammy—to document what those creators’ lives have become since rising to YouTube stardom. Each star appeals to a different audience: Zoella is a beauty and fashion vlogger with 7 million subscribers; TomSka (Thomas Ridgewell) creates comedy, action, and cartoon shorts for his 3.3 million fans; and Sammy and Niki are identical twins who make videos about everything and anything. The overall result bridges the gap between die-hard-don’t-own-a-TV YouTube fans and first-time viewers.

This documentary is incredibly intimate, capturing both major perks and hardships these four creators have faced by choosing to put their life on the Internet. On the one hand, Zoella and TomSka both talk about how making people happy and being able to make a living doing something they’re passionate about is the greatest gift to come out of YouTube. But TomSka also talks openly about his decision to talk with his fans about his battles with depression and weight loss, while Zoella explains her tumultuous relationship with severe anxiety and panic attacks. It’s these honest moments that have only increased fans’ love for their favorite creators.

YouTube fame has become a double-edged sword. As Zoella (Zoe Sugg) explains, she—and many other YouTubers—never intended to become recognizable, let alone so famous she can no longer leave her house without being swarmed by fans. This topic of redefining relationships between fans and YouTubers was one of the biggest conversations across YouTube in 2014. Started by Zoella’s best friend Louise Pentland from Sprinkle of Glitter, the conversation was covered in videos by nearly every major creator including Charlieissocoollike, Alfie Deyes, Hazel Hayes, Hazel Hayes, and Carrie Hope Fletcher.

This isn’t the first documentary to dive into the world of online video. Two years ago, journalist Ben Cook released the brilliant series Becoming YouTube, a series that follows Cook’s journey to understanding and becoming a YouTuber himself. Both these series are vital in continuing to expose new audiences to the magic of YouTube.