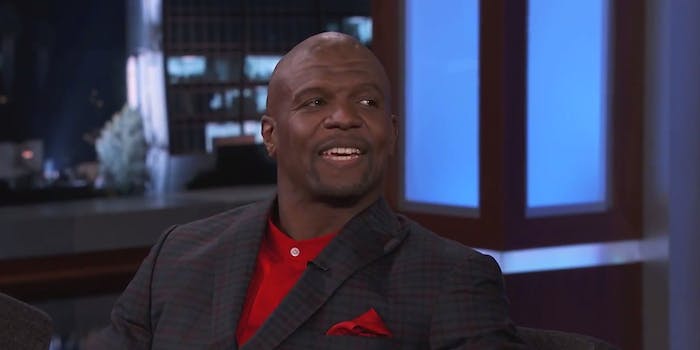 Terry Crews tells Jimmy Kimmel all about his hidden talent

He can do more than play football, act, and be an effective spokesman.

Terry Crews’s on-screen presence has only scratched the surface of what he can actually do.

He’s already had a football career, an acting career (currently charming audiences in Brooklyn Nine-Nine), and he used both his body and boisterous voice in Old Spice commercials. But he had honed in on a different talent early in life, especially when he got cut from the football team as a kid.

Crews is a gifted artist, making sports portraits so realistic that they look like photographs to the naked eye, and he revealed he got an art scholarship before he ever got one for football. And that’s not all he does.

Jimmy Kimmel showed off his portfolio, and even from the small glimpses we see, it’s obvious that he has some real talent.