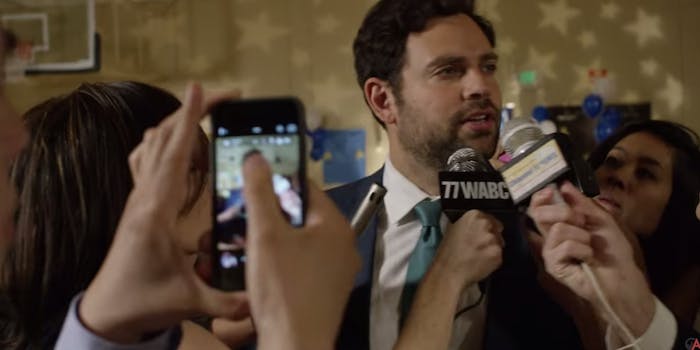 Reacquaint yourself with that classmate who doesn't have Facebook.

High school reunions have become somewhat redundant. In days of yore, one would return to the scene of the happiest days of their life to gawk at who got fat, who got bald, and who turned into a meth-baron self-dubbed Diablo who dismembered his cook with a chainsaw and left the body floating in a cooler on a bay.

Brok was otherwise engaged for our reunion, but it didn’t really matter as social media has removed any element of surprise or curiosity. Sure, we may not have seen someone in person for 10 years, but after being treated to our daily update of baby bump art and check-ins from the—you’re not fooling anyone, recruitment consultant—first-class lounge, you might as well have.

The first episode of the series sees the three members of Boat arrive at their reunion spilling similar apathetic sentiments, only to be reinvigorated by an encounter with Aaron, a member of that elusive, enigmatic breed: the classmate who doesn’t have a Facebook profile.

The tone is snappy, lean, and irreverent, something which augers well for future episodes—to be released every other Thursday on Above Average—where the gang will continue their reunion adventure by becoming reacquainted with “all the losers, nerds, goths, cheerleaders, prom kings, and serial killers they went to school with.”