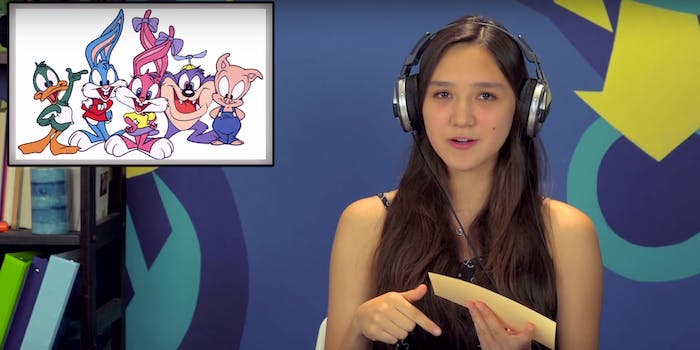 Teens are stumped by these classic ’90s theme songs

It's not as easy as it looks. Even for adults.

Nickelodeon collectively blew the minds of its nostalgic, older audience by announcing it was considering a revival of some of its classic shows (to reportedly result in an Avengers or Justice League-esque movie), but how well does its target demo actually know those shows?

The Fine Bros. introduced some of their teens to classic ’90s cartoon theme songs that appeared on Nickelodeon, Cartoon Network, Disney, and MTV among other networks. Not only were they asked if they could identify the show but whether they even knew about the show at all.

Some of them are better at guessing the show than others—nobody could identify Tiny Toon Adventures by its theme—but it might be difficult even for the people who grew up with it. Plus, these teens have plenty of thoughts on the shows themselves.

“She was like a Tumblr user before Tumblr existed,” one girl noted about Daria.