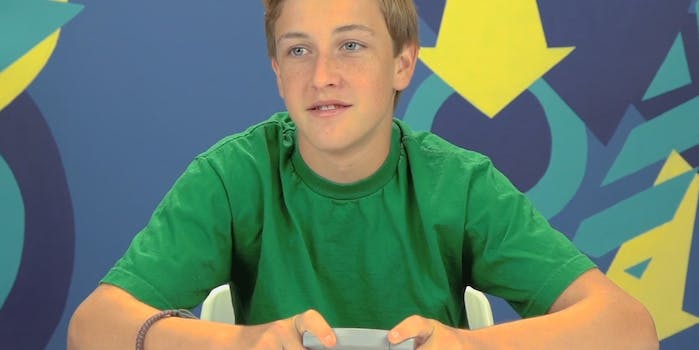 Teenagers are baffled by the original Super Smash Bros.

Warning: This video is enough to make you feel ancient.

The YouTube channel famous for capturing funny reactions has released a new video commemorating the release of Super Smash Bros. for Wii U later this month.

In the video, a bunch of teens pick up the tri-pronged Nintendo 64 controller for the first time, trying to grasp the original Super Smash Bros. Sure, it may make the rest of us feel old, but after watching the video, we can say with confidence that we’d destroy these teens in a game of Smash.

If watching teenagers take a crack at Super Smash Bros. bores you, there’s always professional gameplay footage instead. Now that YouTube supports 60 frame-per-second playback, you can watch the Super Smash Bros. Apex 2014 final between Jason “Mew2King” Zimmerman and Kevin “PPMD” Nanney the way it should be viewed.