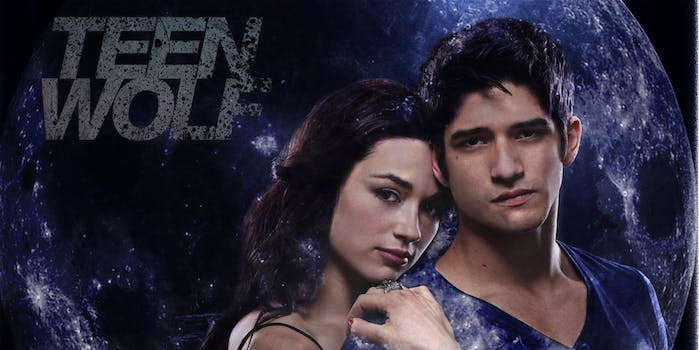 We tried to recap the Teen Wolf season 3 premiere without having seen a second of the episode. How'd we do?

Naturally, on Tumblr, there was a high volume of intense fan reactions. But we decided to take a different route, and accepted a challenge by Twitter user @classlicity to try and make sense of the actual plot of the show without actually having seen the episode.

Would it work? Can all that squee actually translate into a meaningful understanding of this series?

In fandom, we have a little thing called “fannish drift.” Fannish drift is what happens when all of your knowledge about a fandom that you’d otherwise know nothing about comes from other people in that fandom. Before most of LiveJournal closed up shop and moved to Tumblr, LJ user pocky_slash celebrated fannish drift every year in a hilarious way: with the “Not My Fandom” fest, where participants were invited to write short fics in a fandom they weren’t in based on what they thought they knew about a fandom.

Since fannish drift is often like playing a game of telephone, the results were often hilarious.

Most of what I know about Teen Wolf has been gleaned through fannish drift. As such, it’s probably incredibly inaccurate and increasingly outdated.

Here’s what I’m pretty sure is the general plot of Teen Wolf:

Here’s what I think I know about how last season ended (again, based purely on fannish drift):

So. Will all that SUPER-ACCURATE KNOWLEDGE carry over into an accurate reading of last night’s episode? Let’s find out. Here’s what the fans are saying:

My guess: If this were fanfic, Scott would clearly be going into a sudden and unexpected heat induced by a chemical reaction due to the arrival of his one true alpha/omega soulmate bond, but instead he’s just gotten the same black band tattoos on his arm that Derek has. You know, the ones that mean… things.

Teen Wolf was good last night but parts of it looked dumb, like when the twins were running after the motorcycle, did a frog jump off each others backs and morphed into each other. I cringed.

My guess: the Winklevii are competing in a cross-country sack race when they’re interrupted by Derek sexily riding a motorcycle, who crosses the finish line just ahead of them, leaving them to collapse in an exhausted Winklepile of defeat.

I love my Mom. She texted me “What is this #teenwolf & why are we recording it?” I replied “adorable gay couple” & she said “Got it” #sterek

My guess: the POWER OF STEREK reached through this woman’s phone and converted her to the OTP before she’d ever seen the show, like some kind of magical aphrodisiac.

OOOOH THAT IS A BLOW TORCH SON.

My guess: Lydia, having grown tired of kicking everyone’s ass at math and science on a daily basis, joins shop class in the wake of Jackson’s departure to prove that she don’t need a man to do her welding for her.

OH MY GOD ALPHA PACK ARE YOU SERIOUS RIGHT NOW

My guess: Because Scott is a polite and chivalrous guy, instead of battling it out with Derek over who gets to be the alpha in their pack, he suggests that they share the role. Only you know how it is, if you share with one alpha, you have to share with them all, so it becomes less of an alpha “pack” and more like an alpha co-op. Also the Winklevii are probably evilly involved somehow. Evilly. 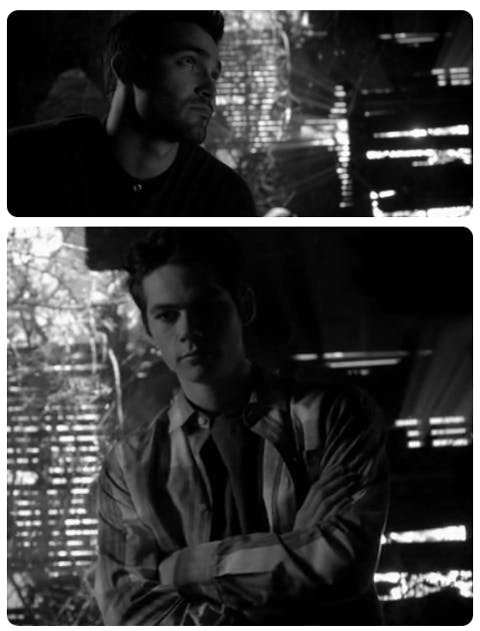 My guess: Dylan O’Brien and Tyler Hoechlin went to Jeff Davis and said, “Hey, can we have a few scenes every week where we just gaze into each other’s eyes for no reason?” and Jeff Davis said, “I love my job.”

he has a leather jacket, that can only mean one thing

My guess: Break out the poodle skirts! The alpha pack has gone Grease!

My guess: Kali, the newest addition to the alpha pack, tells Isaac how many more seasons he’ll have to wait before Sterek happens.