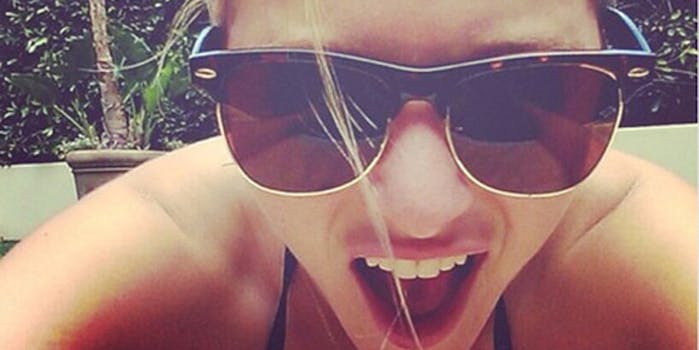 Sometimes it seems like social media is already a reality show starring our friends that we can’t turn off, but that’s about to become literally true with the launch of “Summer Break,” a new reality “show” based on L.A. teens and taking place entirely on YouTube, Instagram, Tumblr, and Twitter.

Nine good-looking, partying SoCal juniors and seniors were picked by producers to chronicle their last summer before going off to college through tweets, selfies, and blog posts monitored 20 hours a day by a 45-person production crew. Anything illegal or racy will be screened and/or deleted, but producers will give most things the green light to be posted.

This week, the Wall Street Journal profiled the show’s producer, Peter Chernin, and his production company, Chernin Group, as they work to get “Summer Break” started by June 17.

Instead of editing together narratives months later, the drama of “Summer Break” will happen live and in real time. The kids’ stories will play out in the public sphere, with the only “produced” aspect being 60-second daily YouTube wrap-ups and weekly 3-5 minute video summaries.

In the WSJ, Chernin says the show cost very little by Hollywood standards—roughly $5 million to make—and all marketing has been done on social networks.

In addition to being asked to tweet his or her daily activities as frequently as possible, each “Summer Break” participant has an application from Dropbox Inc. on his or her phone that lets producers see every photo they take and video they record.

“If you’re at a party and you take 50 photos you wouldn’t Instagram until the next day, we’re going to post them for you,” said Lauren Dubinsky, a social-media consultant who is helping with the show, speaking about the participants. “And if you tweet you’re at a party, we send a text asking, ‘Where are the pictures?'”

The students, some of whom have large Twitter followings already, but some of whom don’t, were picked for their attractiveness on camera, but also for the first time, for their social media skills; Not just number of followers but also the kind of content they share. The official @SummerBreak Twitter handle was bought from a 19-year-old in Atlanta who runs relatable specialty Twitters. It already had 88,000 followers by the time the show took over, giving them a great headstart on social media.

Chernin seems convinced this is the wave of the future because the target demographic doesn’t watch TV anymore. This is the way to reach them through their computers.