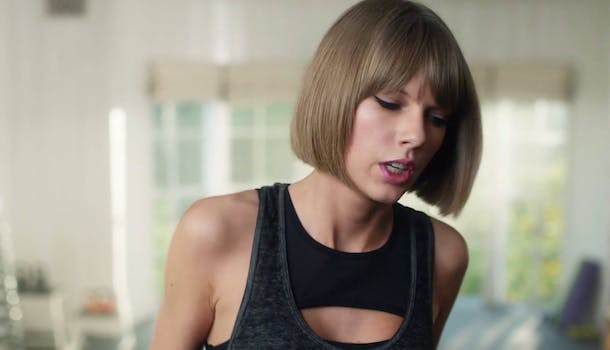 Friday morning around 7:30am TST (Taylor Swift Time), the singer offered followers a chance to see her relatable side. She’s getting ready for a run and her bob is perfect. She hates cardio, just like us.

In this new ad for Apple Music, Swift settles on the perfect workout music: Future and Drake’s “Jumpman.” We relate to Swift because she is apparently very bad at running.

In no time, #TAYLORvsTREADMILL became a trending topic on Twitter, as we united as a nation to watch her (or perhaps her stunt double) fall over and over again.

It was just last June that Swift took on Apple Music with an open letter and plea to pay artists during its free trial period, though she said the issue was not about her. Apple quickly caved. Now she’s falling off treadmills for the streaming entity. Happy April Fools’ Day.