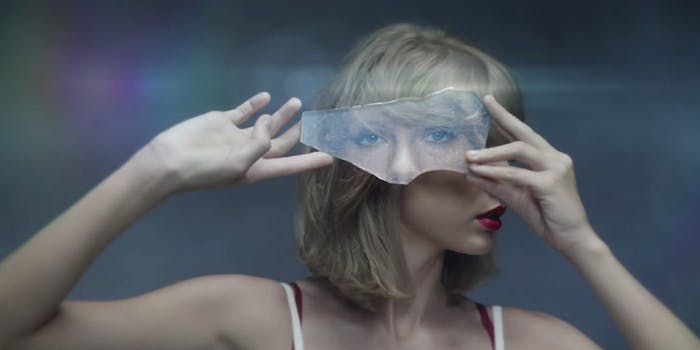 It's all smoke and mirrors from here on out.

As promised, Taylor Swift on Friday morning debuted the music video for “Style,” her third single off of the album 1989, which is brought to you by Instagram.

Okay, it’s not really brought to you by Instagram, but it’s hard not to think of the photo-sharing app’s iconic filters while watching scenes of Swift and her stand-in James Dean-esque boyfriend shown through pieces of glass and mirrors. It’s foggy, jilted, and has a bit of J.J. Abrams’ trademark lens flare spread throughout, but it shouldn’t come as a huge surprise; we knew we were in for a somewhat smoky affair when Swift previewed a clip from it on Tuesday.