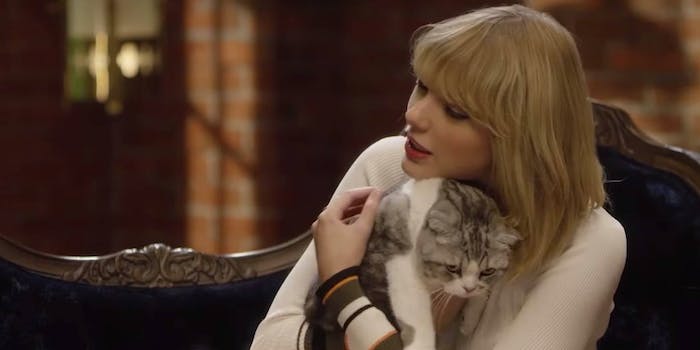 An all-Taylor Swift channel now exists, and depending on your emotional state, this will cause great comfort or great distress.

As part of its new deal with AT&T (which has been accused of using its network to spy and threaten net neutrality), DirecTV debuted the Taylor Swift Now channel on Tuesday—Swift’s birthday. It boasts content personally curated by the singer, which will roll out in the form of 13 chapters. The first chapter is titled “That One Time… I Surprised My Fans.”