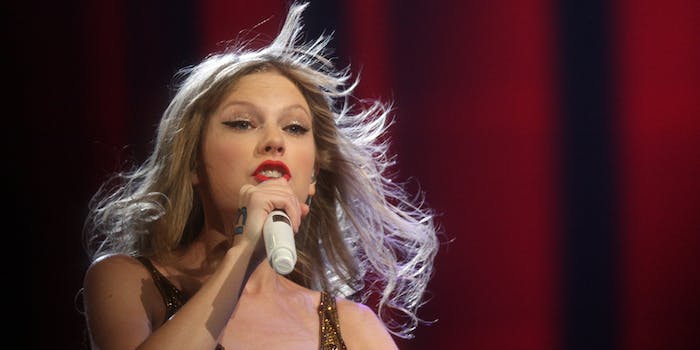 So that's how 'Love Story' came to be.

Last night at the Academy of Country Music Awards, Taylor Swift received an award from someone unexpected: her mom.

Andrea Swift gave an emotional speech about her daughter before presenting her with the Milestone Award. “For many years, I was her constant companion,” she said. “And I witnessed a young girl with very few friends become a young woman with many, learning to stand up for herself and the things she believes in, being brave enough to explore her musical curiosity, having a voice against those who hate, and giving of herself to those in need.”

She also revealed that the Swift family has been inspiration for Taylor’s songs: “Now, every once in a while her dad, her brother, or I find ourselves to be the subjects of those songs. Sometimes we’re merely the inspiration. Like the time she was 17 years old, and her dad and I strongly disapproved of a certain young man, and rightfully so. But she was mad. She was real mad, and she went to her room, and she closed the door, and she came out about an hour later with a song called ‘Love Story.’”

This was an especially emotional moment because Swift recently revealed her mother has cancer with a post on Tumblr: “She wanted you to know why she may not be at as many shows this tour. She’s got an important battle to fight.”