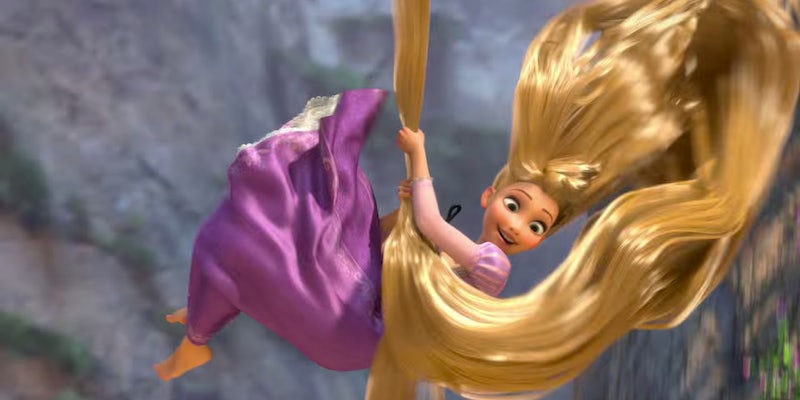 Disney is making a ‘Tangled’ TV show with the original cast

The series will be set after the movie.

A beloved Disney Princess is getting her own TV show—and no, it isn’t Queen Elsa.

Disney announced Wednesday that Rapunzel, Eugene (aka Flynn Rider), Pascal, and Maximus will make their small-screen debut in 2017 in Tangled, a Disney Channel animated series based on the 2010 film of the same name, which introduced us to this beloved cast.

Best news ever. #Tangled, the animated series, will debut on Disney Channel in 2017: http://t.co/X8ibV2vKRg pic.twitter.com/fs6pVfNsCi

The Tangled TV show, which takes place after the film and before the 2012 animated short Tangled Ever After, focuses on Rapunzel as she acclimates to her new life as a princess after being reunited with her family and learning that it’s not as simple as putting a crown on your head. And instead of being interested in ruling or marrying Eugene, she would rather go on adventures—much to the dismay of her father.

The film’s main cast is back, with stars Mandy Moore and Zachary Levi reprising their roles and Academy Award-winning composer Alan Menken and lyricist Glenn Slater on board to create original music. The Disney Insider blog called this “roughly the equivalent of snagging Robin Williams for the Aladdin TV series.”

“The genius of the original movie was its seamless blending of cinematic adventure, character-driven comedy and touching emotion,” Gary Marsh, President and Chief Creative Officer, Disney Channels Worldwide, said in a press release. “And we are fortunate to have several of the creative talent from that movie on board with this new production. With the addition of Chris [Sonnenburg] and Shane [Prigmore] as Executive Producers, we have the perfect team in place to create a series worthy of the original film.”

Although there are no details about the animation style, it’ll be roughly based on the promotional image of Rapunzel and Eugene—but probably with Rapunzel as a brunette, as per the end of Tangled.