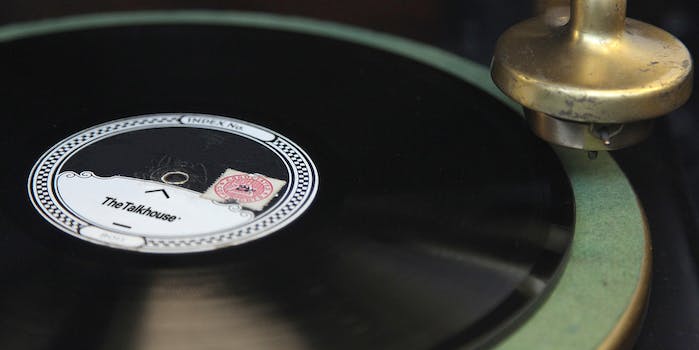 Michael Azerrad's new music site has become a daily must-read on a number of levels.

Elvis Costello once said, “Writing about music is like dancing about architecture.”

He’d make an ideal contributor to the Talkhouse.

On the new site, musicians—not critics—review new albums, offering a perspective that’s altogether too rare in the industry. At a time when most Spin reviews have been reduced to 140 characters and everything on Pitchfork averages out to a 7.3, the Talkhouse has become a daily must-read for its bold commentary and inspired pairings.

Chances are you saw Lou Reed’s review of Kanye West’s Yeezus last month. It was the best-received thing the Velvet Underground guitarist has produced in the last decade. His overview was alternatingly funny, insightful, technical, and crude. More than 70 publications, including the New York Times and Rolling Stone?, picked up the post. The traffic crashed the site—twice.

“There are moments of supreme beauty and greatness on this record,” Reed surmised, “and then some of it is the same old shit.”

The Talkhouse is a perfect project for editor Michael Azerrad. As the author of Come As You Are: The Story of Nirvana and the essential retrospective, Our Band Could Be Your Life, which chronicles the ’80s DIY movement through the lens of 13 seminal acts—Black Flag, Sonic Youth, the Replacements, and Fugazi, among others—the NYC-based music journalist excels at creating a space that allows artists to tell their own stories in unflinching detail. And he has the Rolodex to pull it off.

Azerrad actually makes it a point not to refer to the posts as “reviews.”

“I always tell our writers, ‘Don’t write like a critic—write from a musician’s perspective, using your experiences writing, recording and playing music to illuminate the music at hand,’” Azerrad, a drummer himself, told the Daily Dot. “And so they’re not making thumbs-up/thumbs-down judgements of an album—they’re giving their insights on the music as musicians. And musicians have a certain baseline respect for anyone else who goes through the blood, sweat, and tears of making a record.”

That doesn’t mean that subjects get an easy pass. Quite the contrary, the reviews hit that much harder coming from a place of expert authority and mutual understanding. Luke Temple of Here We Go Magic, for example, hit the nail on the head with this takeaway on Robin Thicke’s Blurred Lines:

“There’s something for everyone, and not in a good way. It’s like I can hear the competitive marketplace in this music.”

“There are very self-conscious references to many classic Sabbath moments throughout this record.  But it would also have been interesting if Rick Rubin had paid tribute to the overall sound of the first five Sabbath albums instead of just paying tribute to some of the riffs. How hard would that have been? Retro sounds are in — and if they can make Adele sound like Dusty Springfield, why not make Black Sabbath sound like, oh, I don’t know, Black Sabbath? Did they bring the cheeseballs from VH1’s That Metal Show as consultants?”

The Talkhouse consciously expands beyond the realm of indie rock, and it’s already given rise to some recurring contributors (Kathy Valentine, Amy Klein) and notable bylines, ranging from Guns N’ Roses’ Duff McKagan and Rosanne Cash to Winston Marshall of Mumford & Sons.

“Musicians can be more articulate than you’d think, and we tend to come ready-made with strong, individual voices,” noted Shearwater’s Jonathan Meiburg, who, in addition to reviews of albums by David Bowie and Fuck Buttons, contributed a stellar piece on the lasting influence of Brian Eno.

“The thought that the person writing has at least some idea of what it takes to be a working musician—that we share the experiences of recording, traveling, and all the other joys and indignities of the job—makes me think they’re more likely to listen and engage with interest and compassion.

“That’s the listener you dream about.”

Indeed, what makes the Talkhouse so interesting is the way the reviews actually serve as a window and a mirror: They reveal as much about the album as they do about the artist describing it. You can see that complicated relationship and personal history in everything from Kurt Wagner’s unnerving take on Sigur Rós’s Kveikur to Bob Mould’s near-scholarly overview of Phoenix’s Bankrupt!.  In Reed’s review, he compares the controversial reception of Yeezus to his own experimental LP, Metal Machine Music:

“I have never thought of music as a challenge — you always figure, the audience is at least as smart as you are. You do this because you like it, you think what you’re making is beautiful.”

The connection, in hindsight, seems obvious.

“If there’s anything I’ve learned about writing books or launching websites, it’s that they blossom in unanticipated ways,” Azerrad said. “I must admit that I hadn’t totally foreseen that [relationship], and yet it’s clearly become one of the most fascinating aspects of the Talkhouse.”

Keeping up the site’s momentum will prove challenging. While it’s still in beta, cofounder Ian Wheeler said it will eventually rely on a combination of traditional and native advertising, and new features, including advance album-listening sessions, a mobile edition, and an RSS feed, are in the works.

While content remains king on the Web, Azerrad believes the Talkhouse can find strength in its brevity.

“People are overwhelmed by information,” he said. “We keep it simple and worthwhile. You can tune in to the Talkhouse once a day and you’re assured of a good read, even if you don’t know much about either the musician or the album they’re writing about.”

In the end, the Talkhouse isn’t about pageviews—Azerrad has no idea what sort of traffic each post gets—it’s about starting a new conversation. For proof, look no further than the site’s comments section. Only two people are allowed to comment on each review: the author and the subject. A recent post by Erika M. Anderson’s about Anika’s self-titled EP, for example, spurred a candid discourse on self-doubt, jealousy, and image in the age of the YouTube. It might even lead to a collaboration.

“This Talkhouse thing is pretty neat,” Anderson, better known as EMA, remarked, “encouraging dialog instead of just staring at people from across the icy galaxy of the internet.”