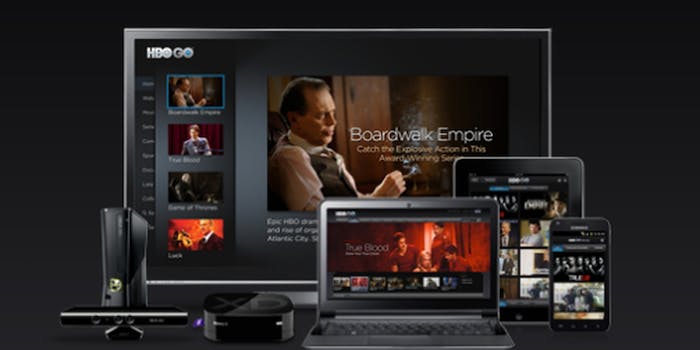 Creator Jake Caputo tells us about his campaign, which has garnered 5,000 tweets and a response from Time Warner Cable.

It’s not everyday you hear people begging for large corporations to take their money, much less actively campaigning for it.

On the site Take My Money, HBO!, fans of the cable network want access to HBO Go, the network’s streaming service, without having to subscribe to it via cable or satellite. And many fans are willing to shell out on average $12 a month to watch HBO series like Girls and Game of Thrones.

Currently, HBO Go is free with the purchase of an HBO subscription, but many people are willing to pay between $4 to $40 a month for just the streaming service. Also, many fans are borrowing friend’s passwords to access the shows.

The campaign was started Tuesday by Jake Caputo, a freelance Web designer who wants to watch HBO online. Instead of paying of upwards of $100 a month for cable, plus adding on a separate HBO subscription, why not give consumers an option to purchase HBO Go separately, Caputo wondered.

“HBO Go is already here. They just have to give it us,” wrote Caputo in an email interview with the Daily Dot.

“I figured I couldn’t be the only person willing to pay for it so in two hours last night I kicked the site out and it just kind of exploded.”

In the past day, nearly 5,000 people have tweeted with the hashtag #takemymoneyHBO, according to social analytics website, Topsy.

Caputo, 28, said the reaction from HBO Go fans has been “overwhelmingly positive,” but that doesn’t parallel the feedback he received from Fernando Laguarda, vice president of Time Warner Cable.

“@jakecaputo how much would you pay for a health club with just the equipment you use? ‪#economics ‬‪#impractical‬,” Laguarda tweeted in response to his campaign.

But with HBO’s Game of Thrones being one of the most-pirated shows of this year, could HBO offer the service separately to combat illegal downloading? It has no immediate plans to do so, since it could conflict with cable and satellite providers’ agreements.

“There’s nothing that will ever halt pirating of anything, but a standalone option is at least another option,” Caputo wrote. “As I said before, for many people it’s $100 a month or pirate it.”