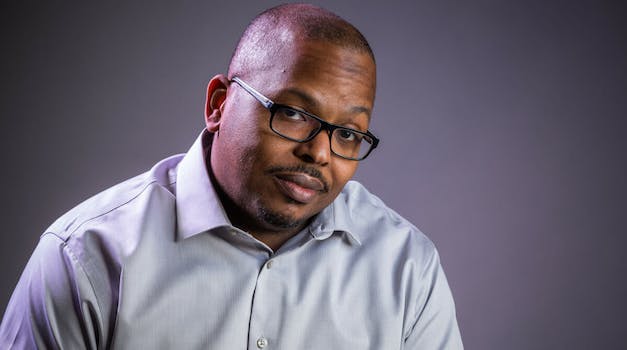 On his second album 'Remarkable,' the standup shows off some new moves.

Back in 2013 Tabari McCoy was ready to record his debut album Laughing With a Panther. He’d spent years building up material around his native Cincinnati. His jokes worked. His delivery was tight. He knew exactly what he was doing and, as an added bonus, he came up with one of the best album covers in comedy.

The physical copies are long gone, but you can listen to the entire thing on the Rooftop comedy page. It found a cult following, but now he’s ready for something a little bigger.

It’s clear on this new album that the comedian is much more relaxed onstage. He allows himself longer setups, instead of diving straight for the punchline, trusting that his easy conversational style will carry people along and, ultimately, deliver a bigger laugh. His heightened confidence also allows him to play around with the audience more. It’s great to hear him purposefully start from a place of disagreement and slowly win the audience over to his side, like when he claims to not “really believe in evolution.”

“If a comedian, doesn’t set his or herself (see, gender balance!) up to let the audience know ‘I’m going to challenge you every once in a while, but give me the benefit of the doubt so you see where I’m going with this before you get into a huff,’ then they are just doing the easiest thing possible,” McCoys tells the Daily Dot via email. “Besides, I’ve got to keep things interesting for myself up there; who enjoys watching a movie where you can predict everything that happens before it happens?”

With his new album, Remarkable, McCoy wanted to add a special ingredient to push things over the top.

“The main thing I did differently than last time was tell myself something many comedians tell other comedians yet doesn’t really ‘click’ until years into your career usually: ‘Have fun.’ I spent seven years cultivating the first album’s material but I don’t know if I really had fun recording it like I wish I had,” he says.

It’s probably his newfound playfulness that made him want to call this new album Black Charlie Brown, a title his label wasn’t thrilled with. “I even had a T-shirt ready for a year for that photo shoot!” he says. “But once the label said ‘no, no, no,’ I said ‘OK; if I can’t go with the funny title and cover art I’m going to go 180 degrees the other way.’ I decided to go with something classy, artistic, and for lack of a better word, ‘nice.’ Comedy albums have this tendency to have to go for some sort of zany, over-the-top ‘Look! I’m a comedian! I’m funny!’ vibe and while some of those are great, there are too many of those. I may tell jokes, but my dedication to the craft is serious.”

And it’s that dichotomy, fun work taken seriously, that really separates a true comic from an amateur. McCoy performs comedy because he loves it, but he takes it seriously because he believes in both its importance and power.

“Comedians are the last truth-tellers in society … Insert current presidency joke,” he says. “You can go onstage, bare your soul, and connect with 30 to 3,000 people in a way where they laugh and possibly, at the same time, learn something—either about you or the world at large.

“We are holding comedians to higher standards than we are our leaders in regards to what they say and what they do. I find that interesting—shouldn’t it be the other way around? As long as a comedian has no malice in the words—and you can tell malice vs. trying to make an honest joke—I wish we could take a joke so we can open up true discussions about the various problems, be they societal or individual if not both.”

The other reason McCoy says he loves comedy, however, is the catharsis both he and the audience get from it. “You can cry from laughing, but rarely laugh from crying,” he explains. “But both are cathartic. And those laughs I hear when I tell jokes are my catharsis for all the stress that exists in the real world.”

McCoy is on the road through late July, and he’ll continue grinding out laughs and putting in the miles until you notice.