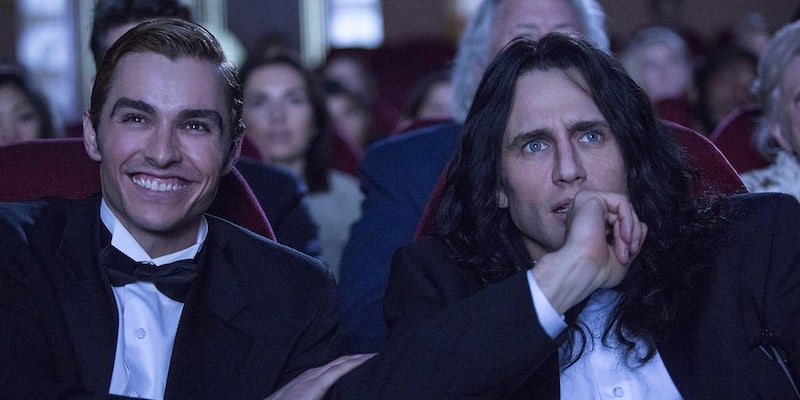 Another year, another South by Southwest conference buried in noise. Though tens of films premiered and hundreds of others screened at this year’s SXSW, here’s a definitive list of movies that, fingers crossed, we’d love to see distributed later this year. Catch them soon at a theater near you (hopefully), or in a few months on a streaming provider.

The best movies from SXSW

The Blood is at the Doorstep, directed by Erik Ljung

Before the police-involved deaths of Michael Brown, Eric Garner, and Tamir Rice, there was Dontre Hamilton, who was shot 14 times while sitting outside of a Milwaukee, Wisconsin, Starbucks. The Blood is at the Doorstep, a documentary that spans the two years after Hamilton’s death on April 30, 2014, and shows what happens when we actually pay attention to cases of police brutality instead of quickly losing interest. Director Erik Ljung doesn’t focus on the pathos of tears and soundbites, but takes audiences into the heart of the Hamilton family’s struggle to bring justice for Dontre, uncovering the Milwaukee police’s conflicts of interest while showing how family members are taking center stage within social movements.

From the gate The Disaster Artist appeared a clear winner for people who either love to hate, or hate to love, or even love to love the “Citizen Kane of bad movies,” The Room by Tommy Wiseau. Based on the autobiographical book of the same name written by Wiseau’s Room co-star and best friend Greg Sestero, The Disaster Artist is best described as a hilarious love letter to Wiseau and his amazingly bad film, while showing just how Wiseau and Sestero’s friendship, and the making of The Room, were just as disastrously awful as the film itself. James Franco, who’s always been a bit of an eccentric creep, does amazing character work as Wiseau—the mannerisms and the voice are so uncanny, even Seth Rogen‘s grandmother couldn’t tell Franco was himself.

In 2014, comedian and “performance artist” Amir Asgharnejad gained notoriety for viral videos in which he provoked strangers on the street and tried to fight them—only, all these videos were staged, and weren’t actually fights. However, that didn’t stop one unnamed energy drink from attempting to capitalize on Asgharnejad’s fame and stage a “leaked” advertising campaign with him at the center. Somewhere between a documentary and a mockumentary, DRIB details the real-life account of how Asgharnejad landed himself a major advertising spot, and all the low-key ways he attempted to fuck with ad executives the entire time—a lesson to be learned by those all meme-toting brands vying for the attention of millennials on Twitter.

All taking place within an abandoned warehouse in the 1970s, Free Fire follows a mass gun deal gone bad, resulting in the two sides in a literal arms race for a briefcase of cash. In this action comedy, everyone’s the bad guy with a gun, all attempting to answer the question, “what could be possible if we treated semi-automatic weapons as Nerf toys?” An approximate 7,000 rounds were shot in the making of the film, according director Ben Wheatley. As an action aside, the film also features some great accent work, biting humor, and a ridiculous John Denver story from Armie Hammer’s Ord.

Lemon follows the painful yet comedic reactions of a failed actor as his relationship falls apart, his star pupil gets a movie deal, and is hindered by family drama. After leaving the theater, I found myself attempting to count how many times I gawked at the screen in awkward disbelief—it’s just one of those comedies, dark and confrontational while also hilarious. Our protagonist, played by Brett Gelman, doesn’t go through the hero’s journey, but instead reveals his vulnerable mediocrity to the audience—you want to feel bad for him, but when you’re acquainted with the core of his placid life, it almost seems like he deserves to, say, encounter a bout of violent diarrhea while walking home.

Mainelane follows two Chinese teens over the course of three years as they settle into a boarding high school in Maine as a means to forgo their country’s arduous college entrance exam. All the while they become sequestered in Western culture and grasp a better understanding of what the American dream really means for themselves and their families. The film is a genuine portrait of immigrant teens adjusting to the U.S., as well as the expectations and realities projected upon them by both Americans and their own family members. Director Miao Wang’s vision shows just how different the two cultures are, and the difficulties that come with attempting the bridge them.

In Mr. Roosevelt, Emily, played by Noël Wells, shows how to go about making the worst of an already pretty-fucking-awful situation. Against a backdrop of comedy, humiliation, and lost love in Austin, Texas, audiences actually get to watch snapshots of Wells’s own life. The film is fairly autobiographical, she said, and it showcases a few impressions she did for her Saturday Night Live audition, as well an Emily version of the viral video of her pouring food on herself. While the film doesn’t make up for the supposed mediocrity of Song to Song, it does make fun of Austin’s disingenuous hipster culture, and features a few hat tips to staples like Wright Bros. Brew & Brew, Texas tacos, and Austin Beerworks.