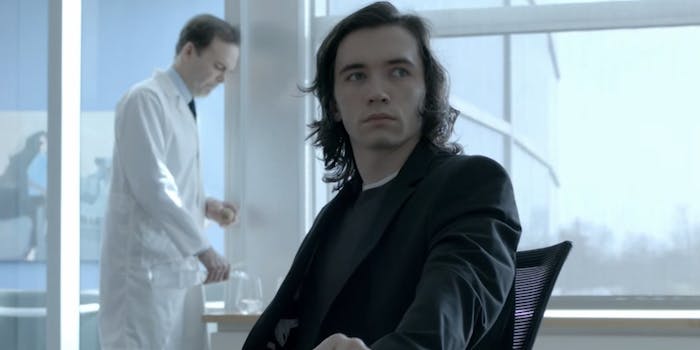 'It’s like trying to get elected to office; you have to be on the stump every day.'

For filmmakers, many roads lead to SXSW, all of which start with an idea.

From an idea comes a plan, and with a plan comes the need for financing. At one end of the spectrum, there’s the lot that attracts big studio dollars such as Judd Apatow’s Trainwreck and the Will Ferrell–Kevin Hart buddy film, Get Hard. At the other end, there’s everything else.

The long-standing risk/reward scheme behind film financing remains. Investors with deep pockets are always willing to roll the dice on the latest Channing Tatum dance-off or searing McConaughey drama. But we now live in a world where fans are willing to pony up money to see their favorite director or writer put forth their personal passion projects. In addition to the slate of red carpeted Hollywood flicks, the film portion of SXSW 2015 will include 24 films that used Kickstarter to fund all or part of their productions. Indiegogo also is represented, with two films that are headed to the annual Austin event.

While the stories behind these crowdfunded projects are as different as their genres, there is a common thread—the ability to connect directly with audiences who can put skin in the game to support films that most often fall outside the mainstream. In some cases, such as Marc Greenberg’s documentary, For the Record, a film that sheds light on the world of court reporting, the subject matter may have limited appeal. For noted filmmaker Hal Hartley, tapping into the global fanbase to fund Ned Rifle allowed him to not only preach to the choir, but to secure its financial support.

Hartley’s ask for Ned Rifle—the third in his series that traces the strange, quixotic trajectory of a dysfunctional family from Queens, New York—caught Kickstarter off guard. While not trying to discourage the director from his rather large ask of $384,000, the crowdfunding site questioned whether his request made sense for a filmmaker generally a bit out of the mainstream.

Undaunted, Hartley knew what he needed to shoot the film, and he pushed forward. Whether it was the perks he offered (including a lunch with indie star Parker Posey) or a devoted group of fans, the campaign ultimately raised $11,000 more than he initially requested.

“I am not an expert analyst,” Hartley said of his crowdsourcing approach. “I do believe I have the fan base around the world to hit this number. It’s like trying to get elected to office; you have to be on the stump every day.”

Changes in technology and the economics of distribution work in favor of indie filmmakers, Hartley explained. “In the ’90s I used to have to trust sales agents to tell me who was watching the film, but in reality, they never really knew. “Now, I’m in a situation where I know who are watching my films in Japan, Russia, in the U.S. and Mexico, and I have a direct line to them.”

To that point, Ned Rifle will be released though Vimeo’s on-demand platform along with a 10-city theatrical run. That model makes business sense in a world where a full-length film can be produced for $320,000. Hartley said the availability of lower-cost, HD equipment has taken him from shooting the Henry Fool—the first in this series—in 35mm film, to using off-the-shelf digital camera for his most recent installment.

“Technology is getting so now you can make the film for a fraction of the cost from 20 years ago. I went down the the camera store and bought a $2,000 Blackmagic HD camera and did the sound work and editing in the office,” he explained.

Tapping into communities goes beyond passing around the digital collection plate. Marc Greenberg’s entry into the 2015 SXSW Film Festival, For the Record, may appear to have limited appeal, but as he discovered, court reporters are a tightly knit group. The film casts some light on the art of steganography, featuring those who have the uncanny skills of typing up to 160 words per minute.

“The court reporting community consists of between 20,000 and 30,000 people,” Greenberg told the Daily Dot. “They saw my documentary as providing them the ability to do some self promotion, so they jumped on it.”

Greenberg overshot his $14,900 Kickstarter goal by about $200, and he credits his links on social media for the success. “I posted the campaign on Facebook,” he said, “and a number of websites. People were excited that I was dealing with a topic that has not been touched on before.”

Businesses such as law firms and software providers who supply the world of court reporting were among the leading contributors to the film, Greenberg noted.

A former TV producer/writer/actor, Greenberg entered For the Record with good broadcast skills, but he admits the world of unscripted documentaries can be challenging. The film is the ultimate passion project in which the filmmaker took a subject he loved and created a vehicle to share it with folks from outside the insular business community.

“You certainly don’t get in the documentary business to get rich,” Greenberg said with a laugh. “My goal was to expose people to something new.”

Two communities intersect for the production of Rolling Papers, a look at how the Denver Post has covered Colorado’s cannabis industry since its 2012 legalization. Financial support, led by the state’s documentary film community, combined with the cooperation of local news reporters to allow emerging documentarian Mitch Dickman to capture the perils and promise of a daily newspaper’s attempt to expand its reach by adding a cannabis column to the paper.

The Kickstarter campaign sought to raise $50,420 (a number selected for obvious reasons), and overshot that goal by more than $200. Dickman said the financial support and emotional backing of the film community allowed him to dive headfirst into this project without worry as to what direction the story would take him.

“In the case of Rolling Papers, due the dynamic nature of the story we had no idea where it would take us,” Dickman told the Daily Dot. “There were some nervous points in the project. I applaud everyone on board for staying on board as we wove together the story.”

The film centers on Ricardo Baca, editor of the Denver Post‘s marijuana coverage and editor in chief of The Cannabist, a standalone website dedicated to cannabis coverage. For Dickman, the challenge was to provide an overview of the issues facing a daily newspaper embarking on new editorial territory without making the documentary solely on Baca, who has become a noted figure in Denver’s cannabis community.

The deeper meaning behind Dickman’s documentary hits nerve for anyone who has witnessed the change in the business of modern media. He explains one of the poignant themes in Rolling Papers is contrasting one business on the way up with the downswing of the publishing industry. The Post’s challenge of finding new advertisers to supports its controversial cannabis coverage is just one such thread in that observation.

As with many Kickstarter campaigns, creative perks can make the difference between success and failure. For Rolling Papers, perks were never an issue. For the three backers who each pledged $5,000, the reward was … unique.

NAME THAT STRAIN – A private visit and tour to an area dispensary and grow operation. Said dispensary will name a strain after you or the name of your choosing. You will be accompanied by a professional photographer to document the entire experience