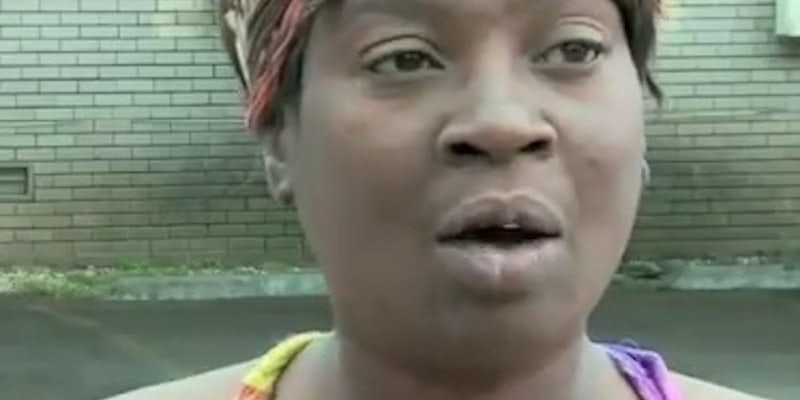 Sweet Brown has bronchitis. "Ain’t nobody got time for that.”

The apartment complex fire that left one person in hospital for smoke inhalation in Oklahoma City is no laughing matter.

But as with Antoine Dodson, the horrific news event might have unintentionally spawned the Web’s newest star.

Following last Saturday’s blaze, a local TV crew showed up on site to speak with residents. Among them was a woman identifying herself as Sweet Brown, who gave a brief memorable interview.

Brown’s colorful, detailed description of what happened has been viewed more than 84,000 times, since being uploaded to YouTube.

Predictably, many of the comments on the video focus on Brown rather than the fire, with particular attention being paid to her closing remark: “I got bronchitis. Ain’t nobody got time for that.”

“A new My Little Pony character – Sweetie Brown. AINT NOBODY GOT TIME FOR DAT!” wrote 99PerCentNatural.

“Thumbs up? AINT NOBODY GOT TIME FOR THAT!” said kingdill8.

When told her video had been watched more than 20,000 times by Tuesday lunchtime, she said, “Are you serious? Wow, that’s amazing. You think I can be a superstar?”

When the Gregory Brothers get their hands on this clip, Sweet Brown might indeed become the next Songify sensation.