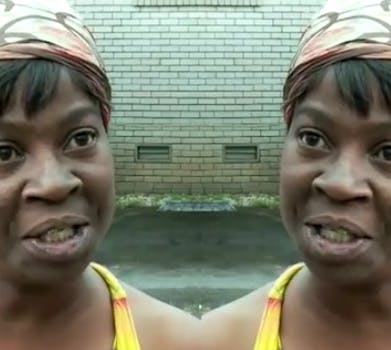 Sweet Brown gets the remix treatment

“World, we hear your cries re Sweet Brown’s bronchitis,” the Gregory Brothers tweeted on April 11 in reference to an Oklahoma resident’s colorful on-camera description of an apartment fire. “We’ve alerted a crack team of song-ologists to investigate.”

Apparently, The Parody Factory beat the famous AutoTune the News crew to the scene. On April 13, Parody Factory released “Ain’t Nobody Got Time for That,” which mixes sweet Brown’s words with random footage, including Carlton from the ‘90s classic Fresh Prince of Bel-Air.

Thanks to social news site Reddit, the video has already garnered 200,000 views. (The original has seen more than two million views.)

“Damn you Reddit I’ve now got this stuck running on repeat in my head… ain’t got time for that,” wrote BenderBagginsBeer on Reddit.

Another version, made by the Bob Rivers Show from the Seattle radio station 95.7 KJR FM, is even more popular, with 340,000 views since April 11.

Titled “I Got Bronchitis,” the Bob Rivers Show version is equally sophisticated and intercut with popular videos from the Internet, like Keyboard Cat.

Local TV station KJRH caught up with Sweet Brown after she achieved viral fame and asked her if she’s seen all the videos yet.

“I don’t like looking at myself like that, because I look like a joke,” Sweet Brown said. Her son confirmed that her mother was not “faking” her reaction, explaining that that really is his mother’s personality.