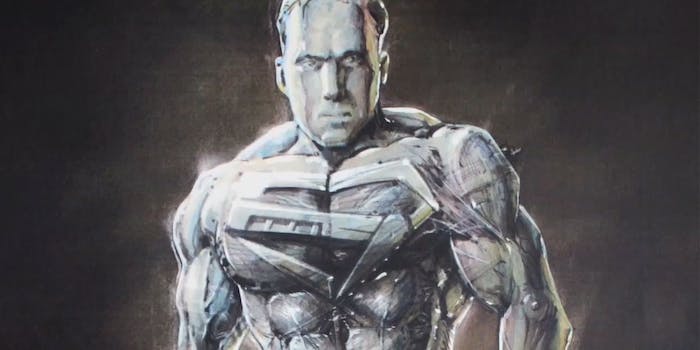 The world wasn't ready for Nic Cage as alien Superman.

In 1996, Kevin Smith and Tim Burton were on board to respectively write and direct a film called Superman Lives. It was to star Nicolas Cage as Superman, if Superman was an alien.

This sounds like an amazing idea, but it was never completed, and Superman Lives has now become a Hollywood urban legend. From the ashes of the film comes Jon Schnepp’s The Death of Superman Lives: What Happened?, a documentary film about the making and dissolution of the movie, featuring interviews with Smith and Burton, and footage of Cage in the proposed alien Superman suit. Schnepp just released a teaser trailer for the Kickstarter-funded film, and is accepting donations to fund the post-production on his FanBacked page.

After “chaos” reigned and the film was scrapped, it would take 10 years for Superman Returns—starring Brandon Routh and Kevin Spacey, who was rumored to have been considered for Superman Lives—to be released. Since the late ‘90s, Cage has become something of an action-movie star, but he told The Metro last year he didn’t think the world—or Warner Brothers—was ready for him as Superman.