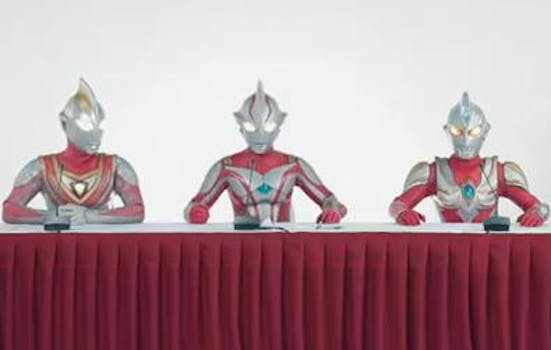 Not a bird, not a plane—it's three members of Ultraman Eight hosting a press conference on YouTube.

As the people of Thailand deal with devastating floods this monsoon season, they can rest a little easier knowing the superhero Ultraman is on their side.

Ultraman, a Japanese science fiction superhero series, has delighted audiences across Asia (and the globe), since 1967.

In a video uploaded onto YouTube on Nov 15., three members of Ultraman Eight express solidarity with the citizens of Thailand and address the cancellation of their live show in Thailand.

“Hello everyone,” Max Ultra Man in English. “This is a statement from Ultraman. Due to the severe flood crisis in Thailand… we decided to postpone Ultraman Live 2011 …until the situation is back to normal.”

“We the Ultraman brothers would like to encourage every Thai person to get through this flood crisis together. Be strong, everyone. Fight, fight, fight!” he continued, before striking a pose.

The Ultraman announcement was the second most popular video in YouTube’s News section on Wednesday, with 97,000 views, and the most popular in Thailand. YouTubers, commenting almost exclusively in Thai, appreciated the message, while others took the opportunity to talk about politics.

More than 560 people have died since flooding began in July, and the latest cost projections for damages are over 22 billion dollars.