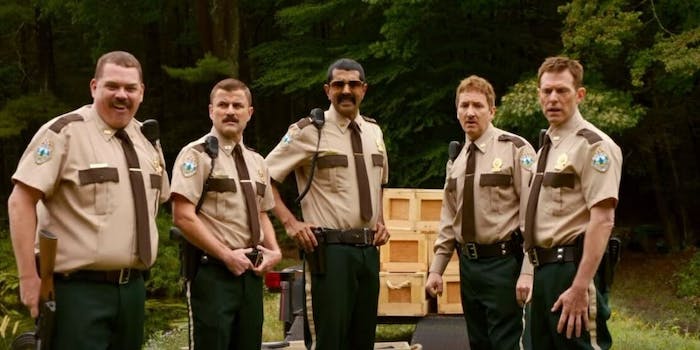 The troopers are headed north.

Three months before Super Troopers 2 is officially released, we now have a trailer.

Yes, 17 years after Broken Lizard premiered its zany comedy about Vermont police officers who can’t stop with their pranks as they try to save their jobs, the second installment is set for release after hitting its crowdfunding goal of $2 million in a single day in 2015 (fans ultimately raised $4 million).

If anything, it’s just nice to see Thorny, Mac, Foster, Farva, and Rabbit back in action, bumbling their way through their jobs and lives.