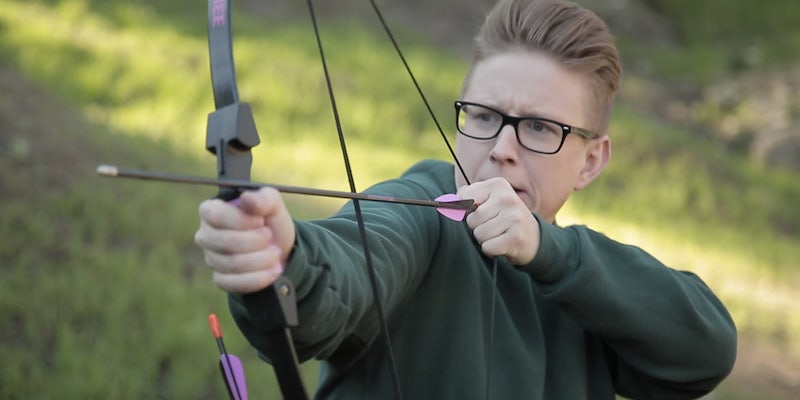 YouTubers like Tyler Oakley, Bethany Mota and Connor Franta are all hosting camps in 2016.

YouTubers have launched the next evolution of connecting with their fans: Now digital stars like Tyler Oakley and Connor Franta are heading to camp with their fans as part of several newly announced summer projects.

Several digital stars have partnered with newly formed camp17 to host weeklong summer camp experiences throughout the summer and across the country for fans ages 10 through 16.

Vlogger Meghan Reinks will host the first announced camp, Camp Aim, in California this May. Oakley and Bethany Mota will join forces for #bestcampever in Connecticut in August, while Franta will run creator camp at the same time in Illinois. Prices range from $1,000 to $2,000 for each camp experience.

Camp17 is a partnership between Creative Artists Agency (CAA) and Mills Entertainment, which has produced several successful tours and events for digital influencers. The project is helmed by Alex Hughes, who has 10 years of camp operations experience.

The camp concept is the next extension of the wave of in-person, IRL events aimed to connect digital stars with their fans. Events like DigiTour, InTour, and individual creator tours like Oakley’s Slumber Party have proven effective, with sold-out shows and screaming fans galore. However, most personal interactions are limited to quick meet-and-greet scenarios, and a more intimate setting like a camp could provide the fans who get to attend a better experience.

Each camp has limited capacity, with Franta only hosting 250 attendees while Mota and Oakley can house 400. CAA and Mills will apply a screening process for potential attendees, according to Variety. Fans hoping for a weeklong experience with their favorite YouTubers must apply fast.