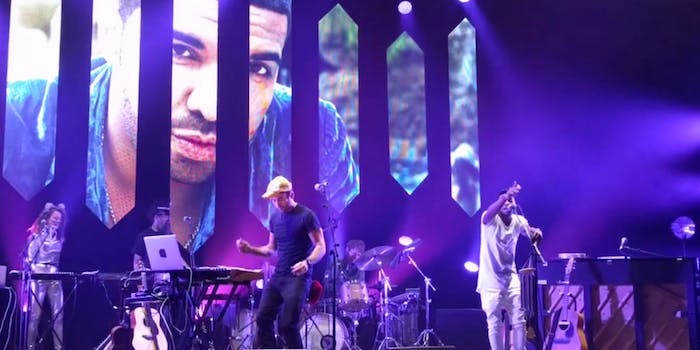 It wasn't even that sad.

The singer-songwriter brushed off his best falsetto and covered the song at a show in Jersey City, alongside singer Gallant and a giant image of Drake’s face. Stevens also attempted his best Awkward Drake dance moves. Or maybe that’s how he normally dances.

Now we just have to wait for Weird Al‘s cover.