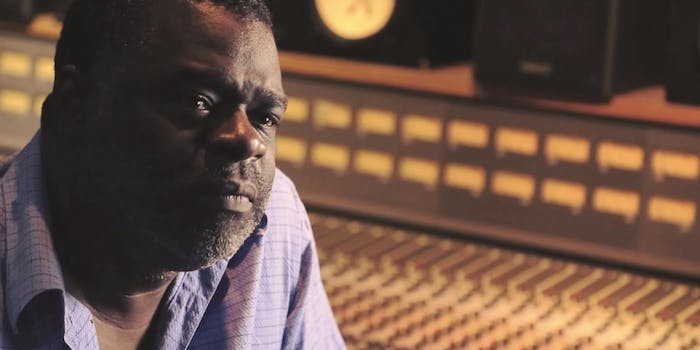 For every Headley Grange, there’s a handful of less salubrious facilities whose appearances belie the incredible music that was captured within

It has always amazed me just how unprepossessing some of the world’s great recording studios are. For every Headley Grange—the luscious former workhouse of Led Zeppelin, Fleetwood Mac, Genesis, and Peter Frampton fame—there’s a handful of less salubrious facilities whose appearances belie the incredible music that was captured within: places like Smart Studios in Madison, Wis., where Nirvana recorded “Polly,” or The Dungeon in Atlanta, where some of Southernplayalisticadillacmuzik was laid down. Or Joe Meek’s home studio—from which the groundbreaking track “Telstar” emerged—in his flat, above a shop, on the Holloway Road in London.

This discrepancy between appearance and output is explained by Stephen Stewart, proprietor of Kingston’s Harry J Studios in the delightful Studio Chronicles, a new webseries with a first series focussing on Jamaica. Technology is “only a little part of it,” you see, but what really counts is the “who”: If you have eight or nine minds coming together in one moment, then the result will transcend even the most meager of surrounds.

But that’s not to say that there’s nothing inherently special about Harry J’s—where the Beltones recorded “No More Heartaches,” considered the first reggae single, in 1968—or episode 2’s featured studio, dancehall’s King Jammy’s. You can hear, says Stewart, the “sound of the room” in Catch a Fire, a tone that is “very friendly to vocals.” (That certain acoustic that was calibrated by shooting off a .22 pistol around the studio during its construction.)

Furthermore, although his studio at one time was cutting-edge—with everyone from Stevie Wonder and Michael Jackson clamoring to use the same 16 tracks as Bob Marley and the Wailers—now its analog setup, or rather its limitations, are influencing the music.

“The mindset makes the process different,” says Stewart, “because [if a musician makes a mistake] we’re not able to say ‘oh, we can just cut-and-paste, we can just loop the guitar part.’ It makes your attitude to recording different. If we know that everything is linear … it makes you want to make sure when I say ‘rolling’ that your part is correct from start to finish.”

At the core of Studio Chronicles is an investigation into the creation of art. It goes beyond just the reggae music that features in the first series and asks us how things so grand and powerful can be produced in places that look so ordinary. But by showing how these studios authentically capture a moment in time—while also imprinting their own idiosyncrasies on the final cut—this question is answered for us.