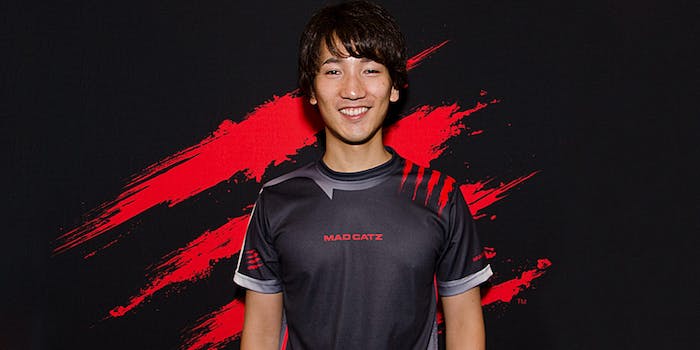 The incredible comeback of a former ‘Street Fighter’ world champion

To everyone’s surprise but his own, Daigo unleashed hell on Xian, shutting out the champ with a stunning 10-0 performance.

Maybe Daigo Umehara just doesn’t age like the rest of us.

Known as the Beast, the 32-year-old Japanese Street Fighter phenom has been around the top of the game for almost two decades now. But he hasn’t won a world championship since 2010, and the eSports world is unsure whether he still belongs in that very top tier.

Last night, at an exhibition during PAX in Seattle, Umehara faced off in Street Fighter 4 against Xian, the reigning Evolution 2013 world champion. Before the match, bets overwhelmingly favored Xian.

Poll: Daigo or Xian? Who do you think will win the Mad Catz Unveiled SSF4 AE v2012 exhibition? https://t.co/atwspmNEoc

To everyone’s surprise but his own, Daigo unleashed hell on Xian, shutting out the champ with a stunning 10-0 performance. Fans went wild.

The matches start about about 2:30:

Watching that entire Daigo vs Xian set made me remember why I play fighting games.

As a post-script, Daigo played 15 more games versus fans from a rowdy Seattle crowd. The Beast didn’t drop a single round, racking up a 25-0 record on an instantly classic night.

The question is, can Daigo put on that kind of performance in a major tournament setting?