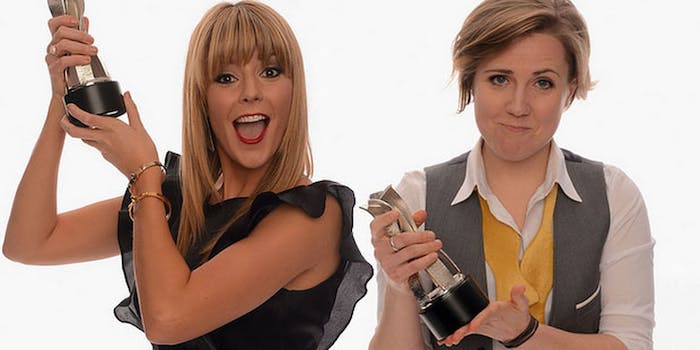 Here’s where you can watch the 2014 Streamys live tonight

YouTube's best and brightest are awarded tonight in Beverly Hills.

YouTube stars like Tyler Oakley, Pentatonix, and Michelle Phan are all up for awards tonight, to celebrate their contributions to the growing world of digital entertainment. During Thursday’s pre-show event at the YouTube Space L.A., 33 awards were handed out, including nods for comedy and drama actor and actress, best cover song, and several technical awards. The remaining 14 awards will be handed out tonight by hosts Grace Helbig and Hannah Hart, and fans can watch from the comfort of their own home. An awards show called the Streamys can’t not be livestreamed. Show starts at 9:30pm CT.

Catch all the must-see moments live, and check back for a recap from inside the Beverly Hilton Ballroom on Monday.

Photo via the Streamys