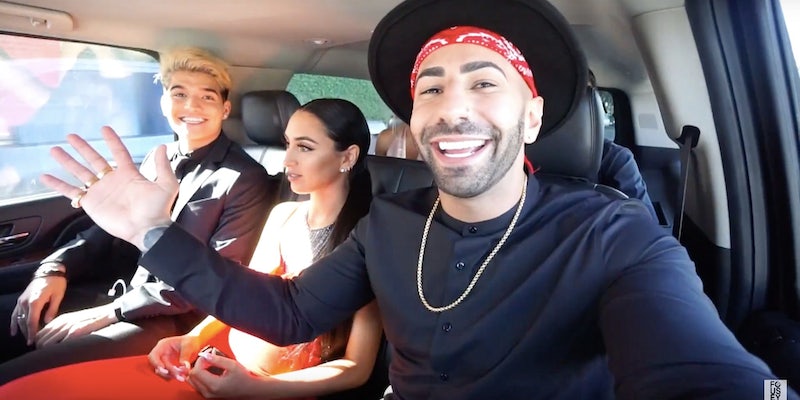 Who says it doesn’t pay to bit the bite the hand that feeds you? Philip DeFranco, who recently stirred up controversy by taking YouTube to task for demonetizing dozens of his videos, was honored with the Audience Choice award for Show of the Year for The Philip DeFranco Show at the 6th Annual Streamy Awards, hosted by King Bach, Tuesday night at the Beverly Hilton.

Vlogger/prankster Yousef Erakat (a.k.a. fouseyTUBE) received the Audience Choice award for Entertainer of the Year.

Vine star Liza Koshy was honored with the Streamy for Breakout Creator.

Most of the awards—30, to be exact—were announced at the Official Streamy Awards Nominee Reception at YouTube Space LA on Saturday.

The fourteen Streamy winners announced at Tuesday’s ceremonies also include:

AWARDS FOR CHANNELS, SERIES OR SHOWS

Read the full story on the Video Ink.