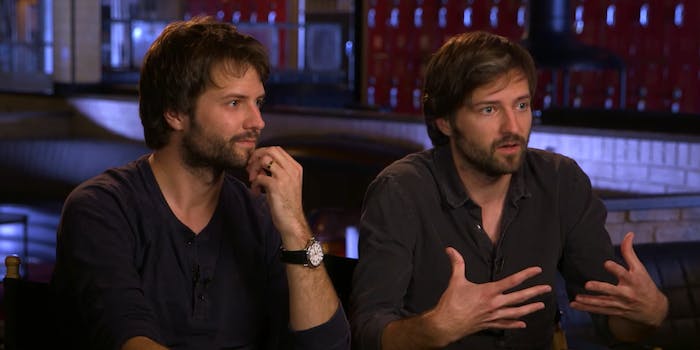 Did ‘Stranger Things’ rip off its plot from this Vimeo short?

There are definitely some clues.

A new lawsuit claims that Stranger Things creators the Duffer brothers stole the premise for their hit Netflix series from a 2012 festival short.

The suit is being brought by filmmaker Charlie Kessler, whose 2012 film Montauk won an award at the Montauk International Film Festival and also bears a striking resemblance to certain Stranger Things plot points. The crux of Kessler’s short, apparently, involves the characters discovering top secret government experiments right in their own backyards—something that also happens in the Netflix series. But it gets juicier.

Kessler alleges that in 2014, he sat down with the Duffer brothers and his agents to pitch the idea of turning the short into a full-blown TV series. He never heard back from the duo after their meeting and assumed that they just hadn’t liked his idea, but when Stranger Things hit Netflix in summer of 2016, certain parts of his concept seemed to have made their way into the hit show.

Netflix and the Duffer brothers have not yet commented on the situation, but a 2012 interview with /Film seems to at least corroborate Kessler’s timeline. At the time, the filmmaker said he was “actively developing a feature version of Montauk.” Also of note: the original 2015 Hollywood Reporter piece announcing the Duffer brothers’ Netflix deal reports the show’s title as Montauk.

Kessler’s short Montauk is no longer on Vimeo, where it had previously been hosted.