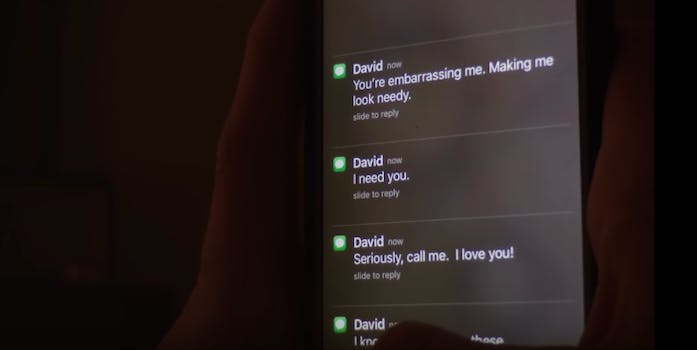 A stalker appears to have all the power in 'Unsane.'

It might be hard to find a movie more of-the-moment than Steven Soderbergh’s newest release.

Unsane, which hits theaters March 23, is a horror film starring The Crown‘s Claire Foy as a stalking victim in a nightmare predicament. After changing her phone number, taking out a restraining order, and relocating to another city to evade her stalker, she finds herself unknowingly admitted into a psychiatric hold when she signs some paperwork after a routine doctor’s appointment. As she tries to convince the hospital staff that there’s been a misunderstanding, it becomes clear that the people around her suspect she might be making up this whole stalking situation in the first place. And as she starts spotting her stalker around the ward, it’s apparent that perception and control are gonna play big roles in convincing the staff to release her. It’s like 2018: The Movie.

To boot, the entire film was shot on an iPhone.

The movie has a gritty, panicked feel that the phone’s camera seems to lend itself to pretty well. For Soderbergh’s part, the technology has gotten so good he says he doesn’t think it’s that big a deal to shoot something for nationwide release this way anymore.

In an appearance at the 2018 Sundance film festival, Soderbergh said, “Anybody going to see this movie who has no idea of the backstory to the production will have no idea this was shot on the phone. That’s not part of the conceit.”

This might even mark the dawn of a new era in the Logan Lucky director’s career. “I look at this as potentially one of the most liberating experiences that I’ve ever had as a filmmaker,” he said. “The gets that I felt moment to moment were so significant that this is, to me, a new chapter.”