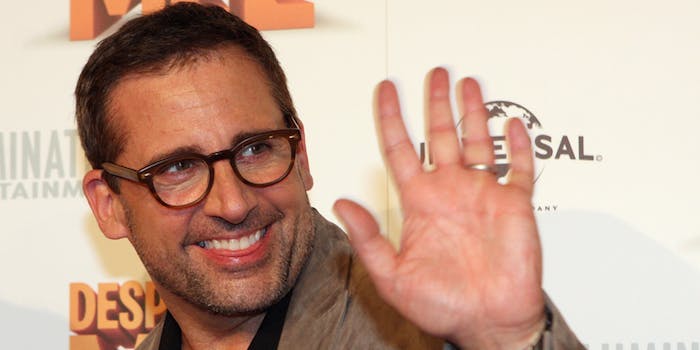 Stephen Colbert makes an appearance too.

Before Steve Carell channeled a deranged wrestling coach in Foxcatcher or a spotlight-hungry boss in The Office, he was Fabio.

Splitsider has been posting a wealth of previously unseen Second City clips, and the latest addition features a shirtless Carell embodying romance novel icon and I Can’t Believe It’s Not Butter spokeshunk Fabio during a Second City show in 1994. Carell’s Fabio is introduced like he’s some sort of freakishly handsome circus act, and if Fabio’s voice sounds familiar, it’s because it’s Stephen Colbert‘s.