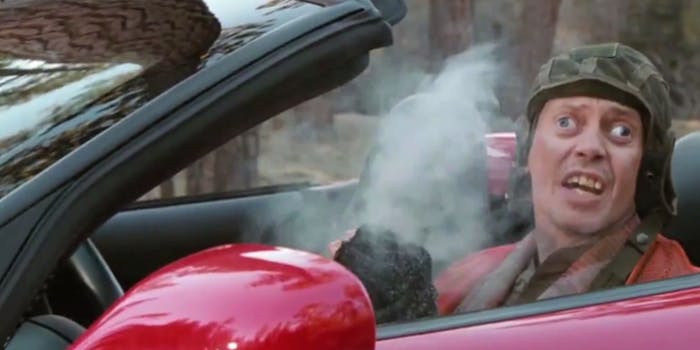 Steve Buscemi turns up the heat in ’50 Shades of Buscemi’

Are you already tired of seeing previews for Fifty Shades of Grey, a movie about emotional manipulation disguised as a steamy romance? You’re not alone. There’s only one thing that could make that trailer tolerable.

Steve Buscemi is an unlikely candidate for meme-dom, but it’s happened nonetheless. The Internet has already toyed with his beautiful, fish-like eyes. Now, people are inserting him into the Fifty Shades trailer, and it’s clear the producers made the wrong choice casting Jamie Dornan as the lead.

Boo Ya Pictures’ 50 Shades of Buscemi is a transcendent masterpiece. It will restore your faith in kink-based love. To top it off, it also includes one of Buscemi’s greatest performances ever.

Screengrab via Boo Ya Pictures/YouTube