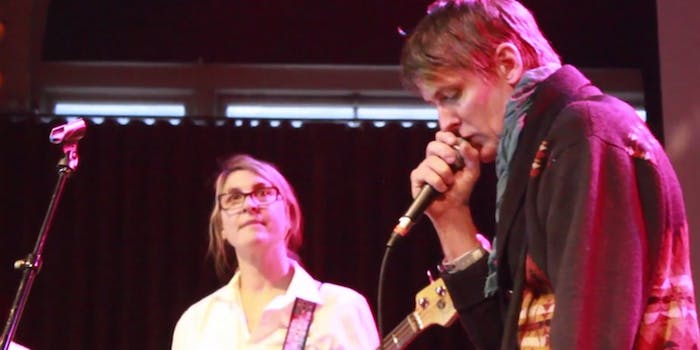 These kids are already cooler than you.

Last month, the former Pavement frontman performed with his current band, the Jicks, as part of the Portland, Ore.-based kids’ variety show, You Who. The audience is decidedly younger than a typical Jicks show, so of course they covered “Blank Space.”

The kids almost start a mosh pit toward the end. Or maybe they’re all just clamoring for the bubble machine.