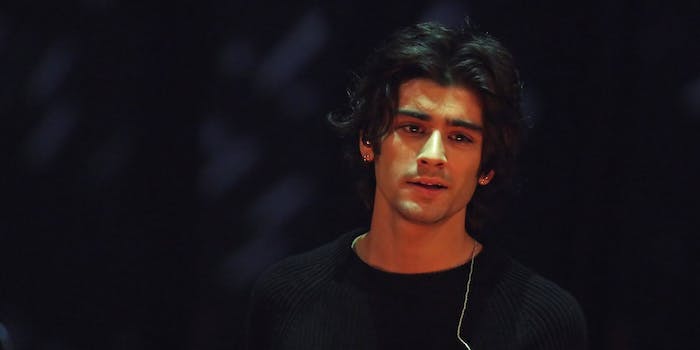 Thanks to Stephen Hawking's sage advice, our One Direction wounds may finally begin to heal.

One month after Zayn Malik quit One Direction, we are still a world in mourning. At times like this, we turn to trusted authority figures—like renowned theoretical physicist Stephen Hawking.

During an event at the Sydney Opera House this weekend, an audience member asked Hawking about the “cosmological effect” of Malik leaving 1D and breaking the hearts of his many fans. The question was facetious, but Hawking’s response was surprisingly touching.

“My advice to any heartbroken young girl is to pay close attention to the study of theoretical physics,” he said. “It would not be beyond the realms of possibility that somewhere outside of our own universe lies another different universe. And in that universe, Zayn is still in One Direction.”

Hawking added, “This girl may like to know that in another possible universe, she and Zayn are happily married.”

Since we live in a world where Stephen Hawking can answer boy-band questions via hologram, Hawking’s parallel-universe speculation may not be as fantastical as it sounds.