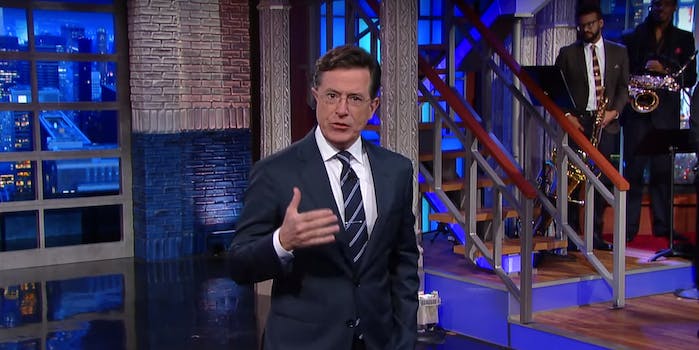 Stephen Colbert tries to guess the plot of ‘Star Wars: The Force Awakens’

How well did he do? We'll find out in December.

Stephen Colbert is more than ready to conquer another fandom with his nerd cred.

He’s seen the new trailer for Star Wars: The Force Awakens, and like everyone else, he’s absolutely thrilled about seeing it in December. But because his good friend J.J. Abrams won’t tell him anything about it, he tries to guess the entire plot on his own.

It’s vague enough to hold water against everything we’re not prepared for, with plenty of wiggle room in the very likely case that he’s wrong. We like it.

And don’t worry, Colbert. We’ve only seen nearly four minutes of footage to date, so you’ll still be able to enjoy it, “spoilers” and all.