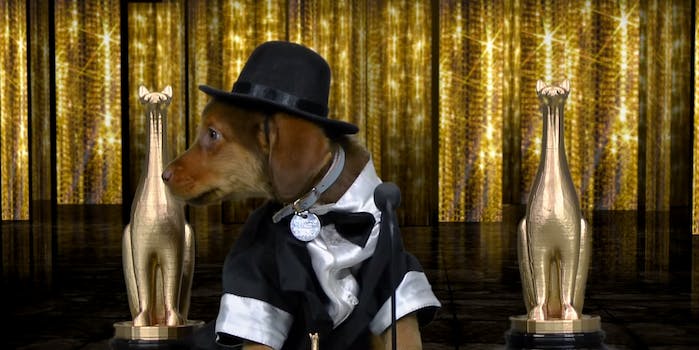 Stephen Colbert gave us the Puppy Oscars we deserve

The Oscars have gone to the dogs.

If the biggest sporting event has a puppy-friendly version, shouldn’t the biggest night in movies have one too?

Stephen Colbert, staying up to watch the Oscars like the rest of us, needed a puppy break about halfway through the ceremony. And since a show like that doesn’t exist, he had to get creative.

It’s a giant woof-fest as the pups of Hollywood (who are up for adoption!) gather on the red carpet and run off from interviews, try to snag each other’s dresses, and generally create an alternate universe in which Leonardo DiCaprio has not won an Oscar.

Puppies or not, that’s not a reality we want to live in.