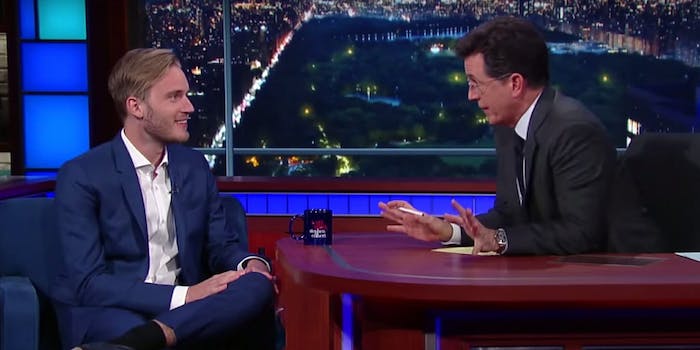 Stephen Colbert has crowned PewDiePie the emperor of the Internet.

Colbert was teasing, of course, when he welcomed the Swedish YouTube Let’s Play star to television, but there’s an element of truth to the moniker. PewDiePie, real name Felix Kjellberg, currently sits at 39.6 million YouTube subscribers, which is the highest number of subscribers for any YouTube star to date.

Last night on The Late Show with Stephen Colbert, the talk show host had a little fun with the 25-year-old Internet warlord, and PewDiePie said some Swedish curse words that are apparently so bad they even had to be bleeped for an American audience.

Of course, some words are universal…