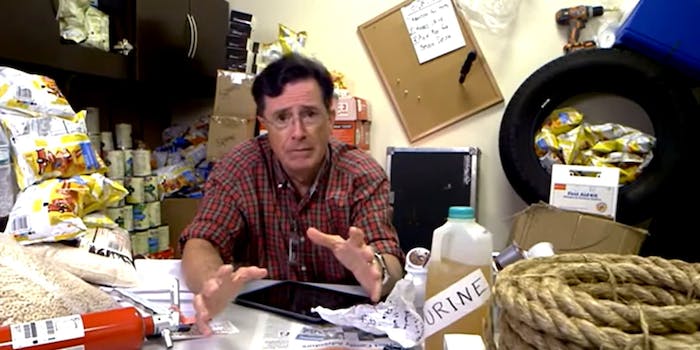 Get lost in Stephen Colbert’s interactive game, Escape From the Man-Sized Cabinet

Stephen Colbert has been tossing fans little bits of chum throughout the summer, as we wait for him to return to TV on Sept. 8. His latest offering is the best yet, because it’s a video game.

Yes, Colbert has offered fans a choose-your-own-adventure-style game called Escape From the Man-Sized Cabinet, in which you wander around the Late Show offices and, if you’re playing to your maximum potential, step inside a man-sized cabinet. 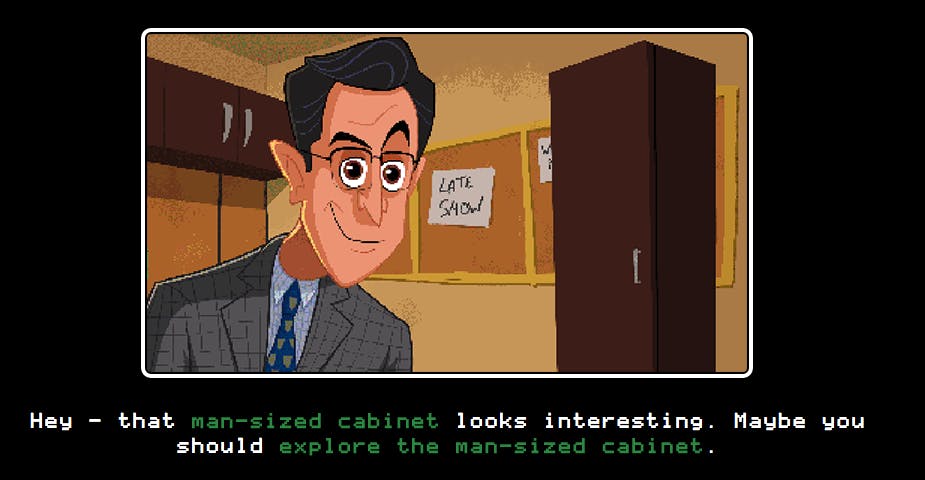 From there, you might encounter a centaur, an “Ice Kingdom-type environment,” or a beast with a bear trap for a head. If you die from “Cabinet Fever” like Rutherford B. Hayes, well, it’s really all your fault.