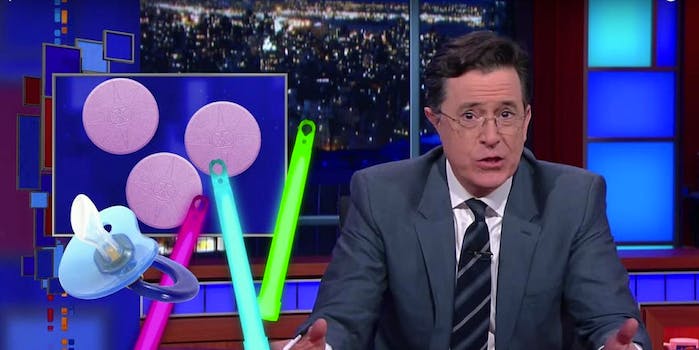 Stephen Colbert figured out how to defeat ISIS

It'd never work, but it's amusing to imagine.

Stephen Colbert has a completely unorthodox plan for defeating ISIS.

The United States has been dropping so many bombs on militants in Syria—more than 20,000 of them so far—that it’s starting to run out. But the reason they’re not as effective is a surprising one: many ISIS fighters may be taking Captagon, a black-market amphetamine that gives them euphoria and makes them feel like they’re invincible.

But because we know that many of them are drug users, Colbert suggests dropping ecstasy and glowsticks on them instead. It’d never happen, but the visual is kinda great.