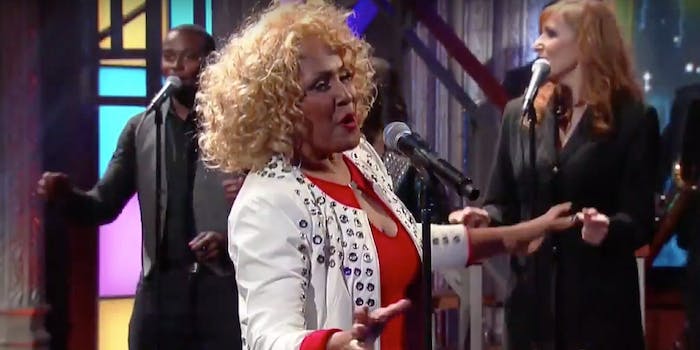 He's got one for (almost) everyone!

Now that “Happy Birthday” is in the public domain, people can use the song freely in public. It also means that Stephen Colbert, Darlene Love, and Jon Batiste and Stay Human can perform a grand production of it without fear of getting sued for copyright.

Like any other segment, Colbert spends most of it poking fun at the stringent history of the song’s copyright—one that basically created all of those other birthday songs restaurants have to sing to you. And while it’s only second to “1-877-KARS-4-KIDS” in terms of annoyance, he’s all for using it as much as he can.

First, he brings out Love to serenade Batiste—complete with a generic voice saying “Jon.”

But then Colbert topped himself by creating LateShowBirthday.com, which brings you to a special YouTube channel full of specialized birthday videos. It’s not a bad way to ring in your next year.

The channel is full of names seen in the U.S. and around the world

Although if you’re like me and your name isn’t among the hundreds on Colbert’s channel, there’s a video just for you. Good luck to your friends and family trying to top Love next year.