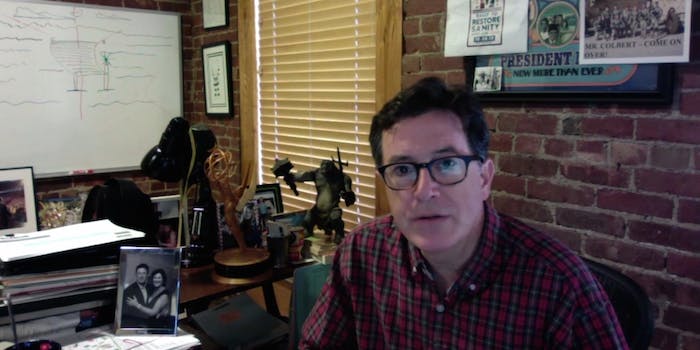 There's not a hint of truthiness to be seen.

We’re going to miss Stephen Colbert‘s over-the-top character when he ends The Colbert Report at the end of the year, but as we found out, Stephen Colbert the person is proving to be pretty awesome too.

He recently appeared on Rookie’s “Ask a Grown Man” series, something he’s wanted to do for awhile, and he’s surprisingly insightful as he takes questions from teen girls with not a hint of truthiness to be seen.

The girls throw out tough questions about teenage boys making rape jokes and how to tell when someone likes you. While nothing Colbert says with is particularly ground-breaking, his dorky manner and common sense answers are almost refreshing, even if you don’t agree with some of them.

“One nice definition of love, I think, is that another person’s happiness is more important than your own,” he said. “And some early signs of that is that they want to make your day better.”

Ask a Grown Man: Stephen Colbert from Rookie on Vimeo.

If this is a small preview of what’s to come on The Late Show, then sign me up.