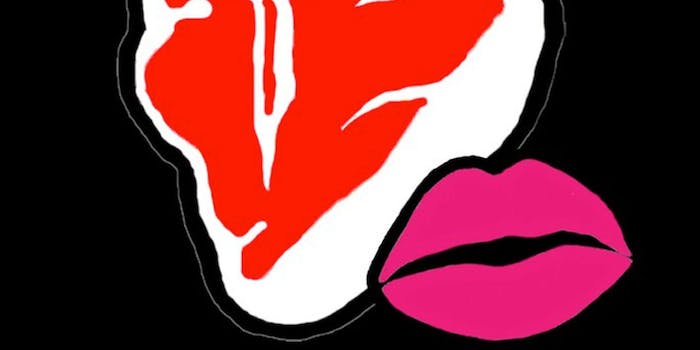 The Hater: suck on this meaty day

Pi Day is just too sweet for Twitter, as users are looking for something a bit more, uh, chewier by celebrating “Steak and BJ Day.”

Shockingly not sponsored by @MensHumor (although it did receive a nod of recognition from @TotalFratMove), the trending topic is exactly what it sounds like. Go home, make a steak and give your man a blow job.

Twitter grabs on to anything that is misogynistic so this becoming a popular trending topic is not a surprise. The phrase “steak and bj day” has been tweeted nearly 5,000 times in the past 24 hours, according to Topsy. If you add in the hashtag #steakandbjday, that’s another 2,000 mentions making Twitter not a prime place for vegetarians.

1.) The “how is today different than any other day” tweet: “Everyones going on about it being Steak and BJ day…. Everyday is steak and BJ day for me #normalday,” tweeted @DazWood7 who is just a bro living the dream.

2.) The “haha meat jokes” tweet: “Happy Steak and BJ Day tweeps! Today us men can enjoy meat whilst our ladies enjoy ours! Haha!,” tweeted @mpwfearn who is probably his fraternity’s go-to guy for boob jokes.

Now that that’s cleared up, what is “Steak and BJ Day” and why today? I mean, I know it’s hump day, but according to the holiday’s official website that looks like it was created by a Maxim Web designer reject, it’s a month after Valentine’s Day.

We’re given a month to recuperate from the horrors of last month’s holiday of having to think about someone who isn’t us, or our penis. But, the explanation gets better!

Organized, by we’re guessing the Internet’s Interfraternity Council, the holiday exists because men feel left out and it would be totally unmanly of us to admit that.

“They’re just too proud or too embarrassed to admit it. Sure seeing that smile on their face is priceless, but that smile is the result of weeks of blood, sweat and consideration. Which is why this very holiday was created,” according to the website.

Alright then, men’s feelings and needs are finally being acknowledged and people on Twitter can get behind that.