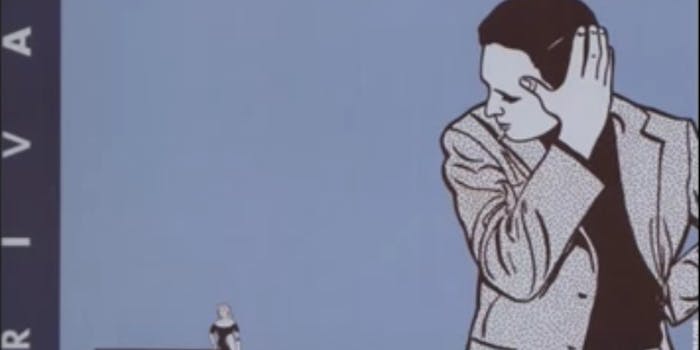 Can you identify the most obscure New Wave song ever?

Is this literally the most obscure song ever, or has this been the Internet’s longest Rickroll?

The Internet loves its hoaxes, but eventually they’re disproven, and we all move on to the next puzzle that needs to be dismantled. The curious case of the song “Stay (The Second Time Around)” is one of those rare instances where a potential Internet hoax has lingered for more than a decade.

The subreddit r/todayilearned is the latest place the thread has appeared. The song in question goes by the name “Stay (The Second Time Around),” though it’s never been positively identified as the title. Only a clip of the song exists. In the description of this video, uploaded in 2007, it’s explained that “the song was recorded off of a German radio station in 1984 or 1986.” That’s followed by a list of bands that have been eliminated as possible matches. But why only by 1984 or ‘86?

The hunt for the mystery band started here in 2003. New Wave Outpost has still not discovered the source, but other bands have been thrown around, like Blind Date, from Norway. The clip’s been sped up, and slowed down.

Reddit sleuths attempted to dissect the mystery on r/listentothis. This clip from “Stean Lemroy” was denounced as a fake years ago. It seems the closest contender is Frank Meyer-Thurn, the lead singer of ‘80s German band Private Blue. Some people claim it’s Peter Murphy of Bauhaus. Some claim it’s not a song, but a clip from an ad.

“What if a band from 2002 recorded the song in an attempt to sound like 80’s New Wave, and told everyone it was a lost song from the 80s to see how believable they sound?”

If even Reddit is stumped, who can we turn to? Is “Stay (The Second Time Around)” literally the most obscure song ever, or has this been the Internet’s longest Rickroll?