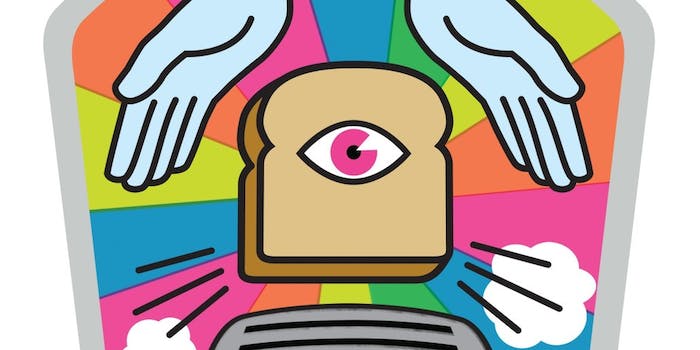 If you were hooked on Serial, obsessed with The Jinx, or are simply a devout follower of Law & Order reruns, you know the lure of a good mystery. Mysteries fill us with wonder and awe and hook us with the promise of an answer—a final explanation that sums things up and puts all the chaos of life in order.

Starlee Kine, a former reporter and producer from This American Life, loves mysteries. But her new podcast, Mystery Show, isn’t macabre or dark. In fact, it’s full of light. The mysteries are small and large, fascinating and unique. Culled from real people’s lives, some popped up unexpectedly while sitting in traffic, while others have been tucked carefully into pockets and carried around for years. A grown man wonders who the true owner of a unique belt buckle might be, a lesser-known author is haunted by a photo of Britney Spears carrying her book, and a video store vanishes without a trace.

The podcast is beautifully produced. From the captivating opening and closing music to the intimacy of the puzzling stories, the show possesses an unusual tenderness and depth. Each episode casts its own strange spell so that as you listen, you might feel the way you do when you hold a carefully crafted wooden lock box and trace its carvings with your fingers. That is, if the lock box could make you laugh every so often.

Part of the appeal of Mystery Show is that it never feels too serious. Kine is committed to finding answers, but her conversations are full of humor and warmth. The best part? This sleuth delivers. Each mystery gets solved in surprisingly satisfying ways.

Kine spoke to the Daily Dot about her love of mysteries, turning casual moments into meaningful ones, and why The Killing drove her crazy.

What inspired the show? How did it come to life?

I’ve always loved mysteries, it’s like my favorite genre—detective stories and mysteries. My biggest inspiration is actually Columbo. I watched it all the time when I was little. My frame of reference for a detective my whole life has been Columbo.

I was also thinking about doing a radio show. I wanted to figure out a way to do stories where I didn’t really know where they were going to lead, stories that were about things people don’t normally do stories about. A fully reported, original show. I wanted it to have reporting and writing and friends and to be funny. I wanted it to have all of the things that I like. And I was like, how do I pull off this show? And then I thought, mysteries!

Do you enjoy procedurals and true crime shows? They seem to be having a big moment.

I really do love Law & Order. It’s great. Anytime I’m in a place where there’s live TV I look for Law & Order. I never get tired of it and it’s a source of inspiration. I think Serial is really great too. Sarah does reporting on a truly original story. I think what’s exciting about trying to solve mysteries is you truly don’t know where it’s going to go. You get to tell stories that you wouldn’t tell otherwise. It opens it up in a way that’s really exciting.

One of my favorite moments in the show is in the ‘Britney’ episode. You’re talking to a Ticketmaster rep about the best questions you could ask Britney [Spears] and suddenly the conversation becomes so personal. How do you decide to follow or pursue those organic moments?

[Dennis] was just interesting from the very beginning. I liked him immediately. There’s something about Britney, though. She’s like a mirror or a reflection or a cipher. She’s a really good entry into talking to people about themselves. There’s like a sadness about Britney and a humanity to Britney that people might not think of, but I have to say, bringing up Britney Spears really got people to talk to me.

I’m always trying something because I’m trying to pace every little step of it because you don’t know what’s going to happen. It makes it very labor-intensive because nothing can be a casual call.

In my mind, the premise of the show is, I want to solve these mysteries and I want the solution to be satisfying, but I also want it to be about the process. The reason I like Columbo is it’s all about process. And even in Law & Order, the cold open is awesome. I really like the world that opens up.

I really like procedurals and mysteries where everything along the way to finding the solution entertains you. I recapped that show The Killing and it was really frustrating because everything was a red herring along the way and it was just to get to a shocking ending. But I don’t understand why the steps to get to the ending wouldn’t be interesting, too. So I always knew that was part of [Mystery Show], so I knew I would try a lot of things and talk to a lot of people. And I feel like with the Ticketmaster conversation, he actually thematically connects with the whole story. And it felt very, very natural. And he’s the one who guided me. It was great.

Do you ever worry that you won’t be able to solve a mystery?

I’m always worried I can’t solve it. It’s more labor-intensive than I thought it was going to be. It’s a lot. There’s only so many things I can do.

Has anything surprised you as you’re making the show?

I wanted to show that there’s real mystery in the world because I crave mystery. And it’s true, there is real mystery out there. So much of the time we’re trying to hope that there’s mystery and so many things turn out not to be as good as we want them to be or as magical. And it turns out there are real mysteries in the world. People have real mysteries they want solved. My inbox is flooded. They’re not like “solve this murder” mysteries; they’re like, “I’ve been wondering about this for 20 years,” and it’s a real mystery. And I’m like, yeah, I will solve that.

It’s very satisfying to know that at the end of each episode there’s a resolution. Are you planning to do any longer, multi-part mysteries?

I want to shake it up for sure. Some are going to be long lede mysteries. I might do a mystery where it doesn’t get solved in the installment, but then we come back to it. I always want to take on a mystery where I can see the path to solving it, not that it’s going to be easy. But that’s why I don’t want to do “Where is Amelia Earhart?” because I don’t have anything to add to that.

I do think the show will keep evolving. I can’t have things stay the same or I get bored. Also, I would like to solve all these mysteries, but if there are ones where the only way I can solve it is by having the listeners help me, that could be a possibility. I would like that.

What has been your favorite moment of the show so far?

There are so many favorite moments. I liked talking to Dennis from Ticketmaster. We talked for a long time. He made a real impression on me. I’m very impressed by him. I loved giving Hans his buckle. I loved hanging out with Chef Rene.

But I really liked the Fellini guy in the pilot. When I talked to him it felt like something woke up in my head. I never get tired of listening to him. I love that tape, and we recorded that a couple of years ago.

That moment is what got me excited about doing the show. It made me feel like I want to do this show. I want this to happen. I want more of this. And it’s not like I’m going to go out and have everyone spill their innermost feelings to me. But it was more like this is what is interesting to me because it’s not putting all of the burden on the solution. It [helped me see] what was disappointing about mysteries. I want to solve mysteries because in order to have all these side things, I have to honor the solution. But to me, it’s sad when people phone it in to get to a fast solution.

The latest episode of Mystery Show, “Source Code,” follows Kine as she attempts to track down the very elusive height of actor Jake Gyllenhaal. It’s available, along with every other episode, on iTunes.