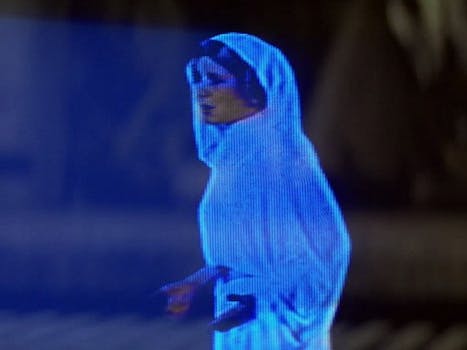 LucasFilms today is  re-release the original Star Wars trilogies on Blu-ray with revisions that are angering fans.

The Star Wars Trilogy makes the leap to Blu-ray today with a new cut that is supposed to be even better than the last version.

Rather than rejoicing, fans are outraged. They’ve taken to complaining for weeks that their cultural heritage is permanently being altered in the name of technology. The new additions, they argue, include new material that ruins the scenes they grew up loving.

The problem, fans say, isn’t just that Star Wars filmmaker George Lucas is altering a classic; in the process he may be destroying the original. And the original — with all its flaws — should be preserved, fans argue.

“Not only is this robbing the world of a very important part of its cinematic and cultural heritage, but it is engaging in the re-writing of history,” wrote Michael Kaminski on his site, Save Star Wars.

Kaminski, also author of The Secret History of Star Wars,  believes the original Star Wars movies are cultural, historical documents, and should be afforded the same protections as a historical house or landmark.

Kaminski has been documenting changes to the trilogy since Lucas began tweaking the films three decades ago. Back then, the changes  “were pretty minor,” and included “material that was originally intended to be in the film,” Kaminski said in an interview. But they became “more and more elaborate,” with each release.

“This new round (of changes) is the straw that broke the camel’s back.”

The most egregious addition: the “Noooo!” Darth Vader shouts when he kills the Emperor and “master” to save his son. In the original version, Darth Vader silently contemplates his course of action.

“That line is unintentionally comical, and ruins the drama of the moment,” Kaminski said.

Another addition features a new, rather bizarre sound Obi Wan Kenobi makes to scare away the sand people. “Yeah, Lucas is just trolling the﻿ fans at this point”  writes castlevania78 on YouTube.

Plenty of others seem equally upset, and Kaminski says his e-mail inbox has been flooded since the Blu-ray announcement.

Actor and avid Star Wars fan Simon Pegg even got into the act, tweeting that the new Blu-ray additions are “shitty, clueless” and “a fucking shame.”

And the Guardian in the UK featured a blog taking Lucas to task for the Blu-ray version — especially for the fact that the original versions no longer appear to be available.

The Guardian said of the new release, “the original trilogy would be presented in the special edition form that appeared on the 2004 DVD release, rather than the classic versions released between 1977 and 1983.”

Kaminiski is  “glad that people are finally starting to say enough is enough. ‘Maybe changing the film is in bad taste after all’.”

The “irony” that many, including, Kaminski point to is that Lucas once  argued before Congress  (in 1988) that “American works of art belong to the American public.” Should the old films be altered, lost or damaged,  “this would be a great loss to our society,” Lucas said.

At the time, Lucas and other film-makers were arguing against colorization and other alterations of film.

Lucas was “very vocal about old films not being changed,” Kaminski said.

“The other versions will disappear,” Lucas told  American Cinematographer in 1997. “A hundred years from now, the only version of the movie that anyone will remember will be the [Special Edition] version.”

Other than an Act of Congress, is there any way to save the original Star Wars?

One could wait for the Star Wars films to enter the public domain, Kaminski said.  (U.S. Copyright law states “copyright protection lasts for the life of the author plus an additional 70 years”). But  Kaminski doubts the original films will hold up that long.

“The negatives are already deteriorating because in the 70’s, films weren’t made to last,” he said.

A press release from LucasFilm confirms that “existing prints of the first versions are in poor condition.”

“Historical houses — they’re protected by law from being changed, as are cultural, historical properties,” Kaminski said. “Other artworks have this protection but motion picture law is so complex, that cultural heritage law  doesn’t apply.”

“All you have to do is own the legal copyright, and you can do what ever the hell you want.”

George Lucas was not available for comment at time of publication.

But one blogger reported that last year, a group of fans asked him about the matter at a party following the 30th anniversary of the Empire Strikes Back. His response, she reported:  “An eyeroll and a huffy, ‘Grow up. These are my movies, not yours.’”