A fan who bought a rare LaserDisc on eBay is sharing his treasure with the Internet.

Star Wars fans are getting a rare treat after one lucky eBay buyer found raw footage from Return of the Jedi on a long-forgotten LaserDisc.

The 30-minute disc, originally used to demonstrate Lucasfilm’s EditDroid editing station, sold for $699. It contains nearly 50 raw and behind-the-scenes takes that have never seen the light of day, until now.

The Force is strong with whoever purchased the rare LaserDisc. Instead of keeping all of that extra footage to himself,, he decided to share it with the world on a newly-created Facebook page. Now fans everywhere can watch scenes of R2-D2 repairing Luke’s X-Wing on Dagobah and Frank Oz performing his magic as Yoda. 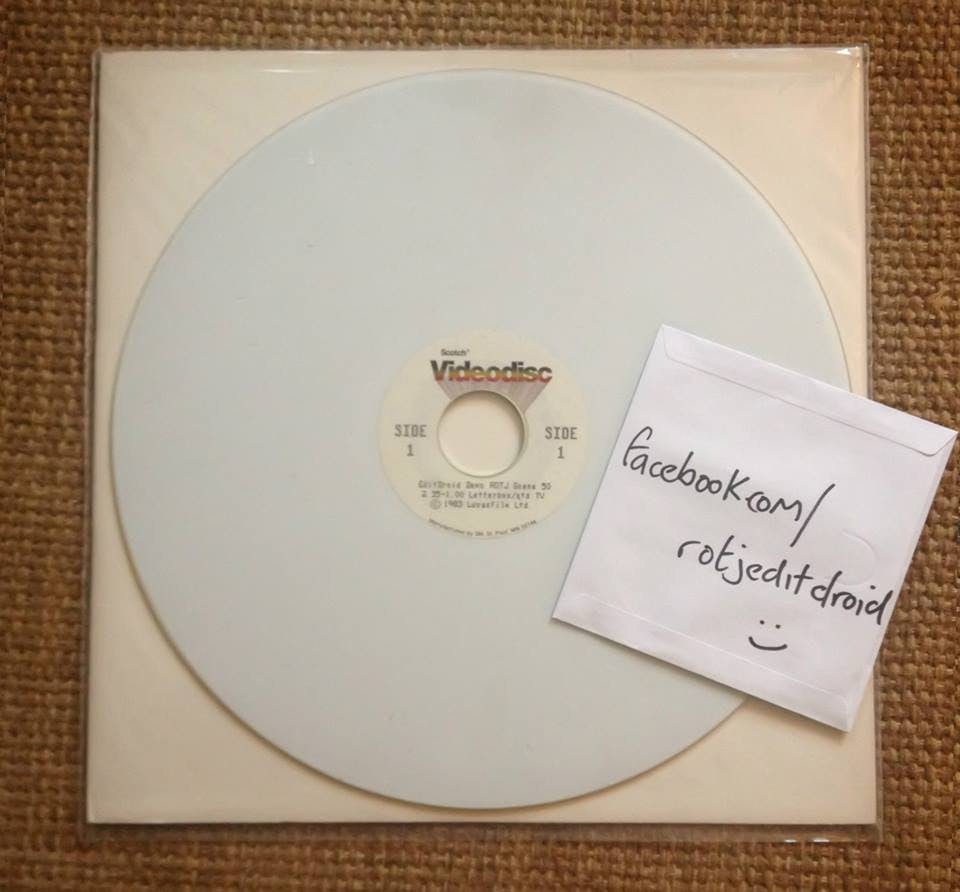 The LaserDisc’s new owner is releasing the footage in one-to-two minute increments, largely depending on how quickly the Facebook page reaches major milestone. With little-to-no new information available on the upcoming Star Wars VII, fans are eating up the Jedi footage as quickly as it can be edited and transferred to Facebook.

Approximately one-third of the footage has already been uploaded, and while it may only be a matter of time before it gets taken down for copyright infringement, the owner is claiming fair use. And with previously-unseen bloopers from A New Hope recently appearing online, Star Wars fans are in heaven.