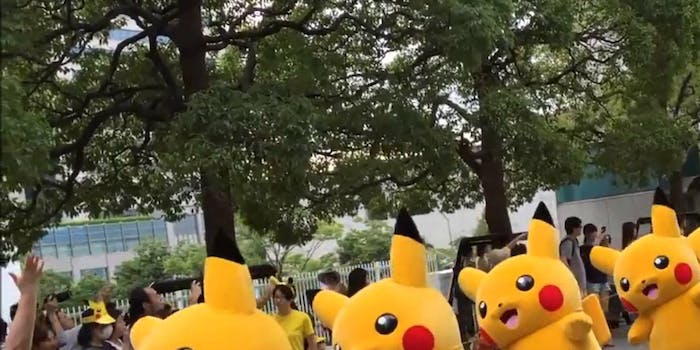 This fits together way too well.

Sometimes, a movie trailer is the perfect fit for the most unexpected soundtrack imaginable. For Avengers: Age of Ultron it was Céline Dion’s “My Heart Will Go On,” and for Star Wars: The Force Awakens it’s the music from Top Gun.

This awesome mashup trailer combines The Force Awakens with the classic 1980s guitar track, plus a Top Gun-style Star Wars logo. Obviously the peak moment is when Oscar Isaac’s X-Wing pilot character appears, since he’s obviously the Tom Cruise of this whole operation.

There’s only one problem here. What are we going to do when Star Wars: Rogue One comes out? As a movie all about X-Wing pilots, it actually is the franchise’s answer to Top Gun. You have a year and a half to up your trailer mashup game, YouTube.