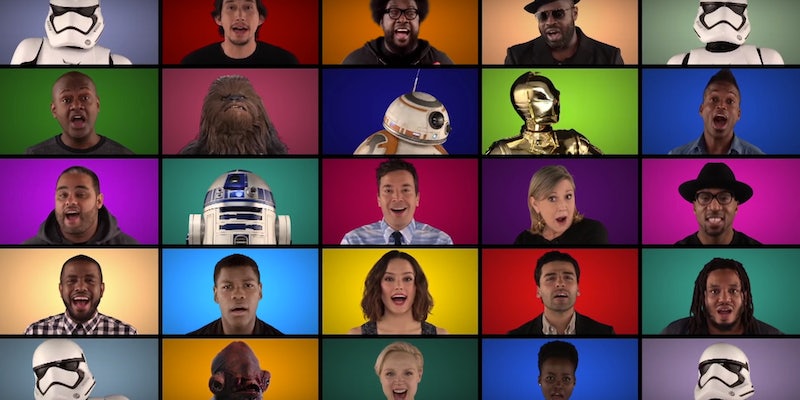 This is simply magical.

Nothing is ever going to top the hope and excitement you get from John Williams’s Star Wars theme when you finally see The Force Awakens, but the cast’s a cappella rendition of the theme comes pretty close.

Jimmy Fallon and the Roots wrangled most of the main cast of The Force Awakens for an a cappella medley of different iconic themes, including the Main Title, the Imperial March, and the Force Theme. John Boyega, Daisy Ridley, Oscar Isaac, Adam Driver, Gwendoline Christie, Lupita Nyong’o, Carrie Fisher, and Harrison Ford belt out their best bahs and bums and take their vocals to the max. (Still, someone is definitely missing here.) If for some reason the whole Star Wars thing doesn’t work out, these folks could easily start a wonderful a cappella group.

There’s a real excitement in the air. Have you felt it? Only a few more days!